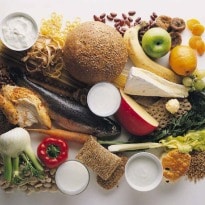 Low-energy diets or short-spell diets which combine to less than 800 calories a day can have long term benefits, researchers said here Monday.

The review was carried out by members of the Centre for Obesity Research and Epidemiology (CORE) which is part of RGU's Institute for Health and Welfare Research.

"A VLED is usually comprised of synthetic and food-based formula diets. Despite some concerns about the negative effects of such rapid weight loss, previous studies have confirmed the benefits of VLEDs in the short term for obese patients," the review said.

Promoted
Listen to the latest songs, only on JioSaavn.com
"However, the review found there is less evidence of the long-term effects of VLEDs," it said.

The review analysed studies which have looked into long-term effects, ultimately aiming to improve treatment of obese patients through the use of VLEDs.

Comments Catherine Rolland, a member of the research team, said: "We have found that long-term benefits such as weight-loss and improvements in cardiovascular risk, respiratory disorders and fertility are achievable with the use of these short-burst, low calorie diets."