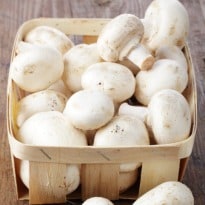 Mushrooms are good for diabetics since they contain little or no sugar, says an expert.

"Cultivated and wild species of mushrooms are consumed because of their nutritional value. They are rich in essential nutritional constituents and are good for people with diabetes as they have little or no sugar," said T.N. Lakhanpal from the department of bioscience at Himachal Pradesh University.

Lakhanpal was among the delegates at the 100th Indian Science Congress, which ended here Sunday.

According to the scientist, mushrooms, being almost fat-free, benefit the obese too.

"Also, all the mushrooms investigated so far have been found to have curative properties against cancer, HIV and other dreaded diseases," he said.

Comments "Mushroom cultivation is a cottage and commercial industry and is finding favour among the rural people."