Risk of Type 1 Diabetes 'Can be Tripled by Childhood Stress' 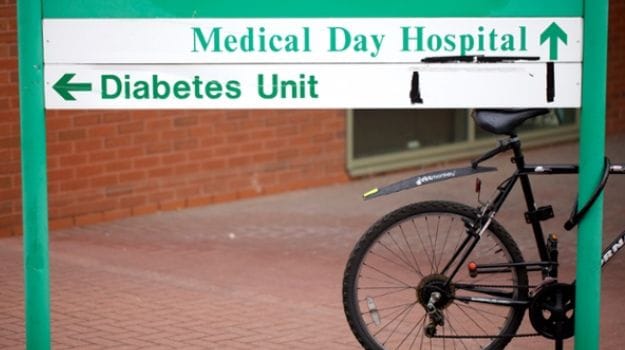 Stress from serious events in first 14 years of life may be risk factor and one trigger for disease, finds Swedish study of 10,000 families

Stressful life events in childhood such as family break-up, death or illness, can triple the risk of developing type 1 diabetes, research suggests. In a study, researchers found that children who experienced an event associated with “major stress” were almost three times more likely to develop the condition than those who had not.

The Swedish study analysed more than 10,000 families with children aged between two and 14, who did not already have the condition. The aim was to pinpoint any family conflicts, unemployment problems, alteration of family structure, or intervention from social services. Subsequently, 58 children were diagnosed with type 1 diabetes.

The causes of type 1 diabetes are unknown but it is usually preceded by the immune system attacking and killing beta cells in the pancreas, which produce insulin.

Based on the results, the researchers, from Linkoping University, said they thought the stressful events could contribute to beta cell stress due to increased insulin resistance as well as increased insulin demand due to the physiological stress response, such as elevated levels of the stress hormone cortisol.

In the paper, published on Thursday in Diabetologia (the journal of the European Association for the Study of Diabetes), the authors write: “Consistent with several previous retrospective studies, this first prospective study concludes that the experience of a serious life event (reasonably indicating psychological stress) during the first 14 years of life may be a risk factor for developing type 1 diabetes.

“The current study examined serious life events experienced at any time before diagnosis; further studies are thus needed to determine when in the autoimmune process psychological stress may contribute, and in association with which other factors, such as genetic factors, infections or other periods of pronounced beta cell stress.”

The majority of people with diabetes have type 2, which is associated with being overweight. More than 95% of cases of diabetes in children relate to type 1. Rates have been increasing in recent years, prompting more research into the potential impact of environmental factors.Researchers said that as it was unlikely such stressful events could be avoided, families needed support if such problems occured.

The heightened risk was observed after adjustment for other possible contributory factors, including genetic predisposition, which remains the most important influence. A child from a family in which another close family member has the disease has a 12-fold increase in risk of developing type 1 diabetes.

Richard Elliott, Diabetes UK research communications manager, said: “The causes of type 1 diabetes are highly complex and involve an auto-immune attack brought on by a combination of inherited genes and environmental triggers such as early diet or viral infection, which are still not fully understood.

“This research adds to our understanding of the potential role of psychological stress during childhood as one of these triggers. It is important to note that, while instances of stress might coincide with or even contribute to a diabetes diagnosis, it is highly unlikely that such events would be the only cause, and having a history of type 1 diabetes in your family is still a much more important risk factor.”

Among children with diabetes, type 1 is most common. Photograph: Christopher Thomond/Guardian