Hooked to Smartphones: It Can Detect Depression 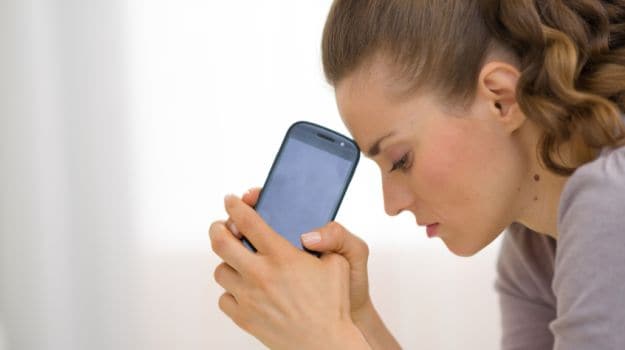 The more time you spend on your phone, the more likely you are suffering from depression, says a study.

According to researchers, depression can be detected from your smartphone sensor data by tracking the number of minutes you use the phone and your daily geographical locations.
The team from Northwestern University found that the average daily usage for depressed individuals was about 68 minutes.For non-depressed individuals, it was about 17 minutes.

(Want to Lose Weight? Use Smartphones)

"With phone sensor and GPS data, we can detect if a person has depressive symptoms and the severity of those symptoms without asking them any questions," said senior study author David Mohr from Northwestern University's Feinberg School of Medicine. Phones can provide data unobtrusively and with no effort on the part of the user. Based on the phone sensor data, scientists could identify people with depressive symptoms with 87 percent accuracy, said the paper that appeared in the Journal of Medical Internet Research.

(5 Ways to Address Rising Depression in Young People)When people are depressed, they tend to withdraw and do not have the motivation or energy to go out and do things. "People are likely, when on their phones, to avoid thinking about things that are troubling, painful feelings or difficult relationships. It is an avoidance behaviour we see in depression." The team analysed the GPS locations and phone usage for 28 individuals over two weeks. The sensor tracked GPS locations every five minutes. The research could ultimately lead to monitoring people at risk of depression and enabling health care providers to intervene more quickly.

Comments"We will see if we can reduce symptoms of depression by encouraging people to visit more locations throughout the day, have a more regular routine, spend more time in a variety of places or reduce mobile phone use," the authors said.