Stop! Are You Giving Your Children Cough and Cold Medications? 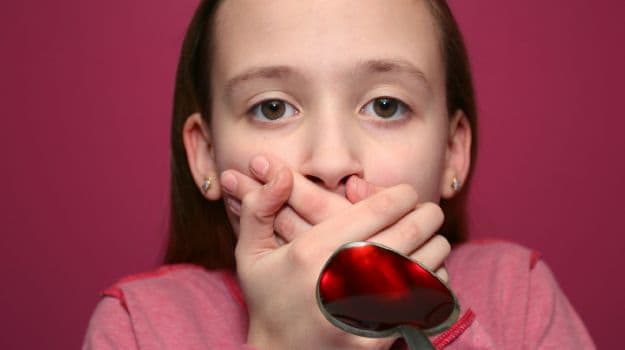 When you catch a cough and cold, what's the first thing that you do? You probably try to get your hands on cough syrups and tablets for a quick relief. So when you see your little ones suffering from the same, what do you do? You again reach out to these medications to ease their suffering. But, stop! Rather than helping your children, these medications could be extremely harmful for their health.

Readily available over-the-counter cough and cold medications can do your kid more harm than good, warn Canadian researchers who have suggested stronger measures to curtail the use of these medications among children. The research comes on the heels of India recently banning the manufacture and sale of more than 300 combination medicines, including two widely used cough syrups.

Most young parents are unaware of the ill-effects of these medications on their child's health. Since most adults commonly use them when suffering from cough and cold, they blindly give their kids the same medication thinking that it will ease their suffering. The truth is, parents need to be made aware of the harmful effects of these medications and how they can affect their child's health.Following the introduction of Health Canada's 2009 labelling requirement, there has been a small decrease in over-the-counter cough and cold medication use in children - down from 22 per cent before the change.

The study was published in the Canadian Journal of Public Health.

"We found that a large number of young children continue to receive over-the-counter cough and cold medications even with evidence of harm, public health advisories from government agencies and mandated labelling requirements for manufacturers," said lead researcher Jonathon Maguire from St. Michael's Hospital in Ontario.

"In addition, evidence suggests these medications are not effective in young children. With no real benefit and documented risks, stronger measures may be needed to curtail their use," Maguire noted.

Promoted
Listen to the latest songs, only on JioSaavn.com
"I think a lot of parents would be surprised to learn that these medications can be harmful to children," Maguire said.

"Better public awareness as well as making these readily available medications harder to purchase may help to reduce their use," Maguire pointed out.