How to Avoid a Cold in Winters: Keep Your Nose Warm 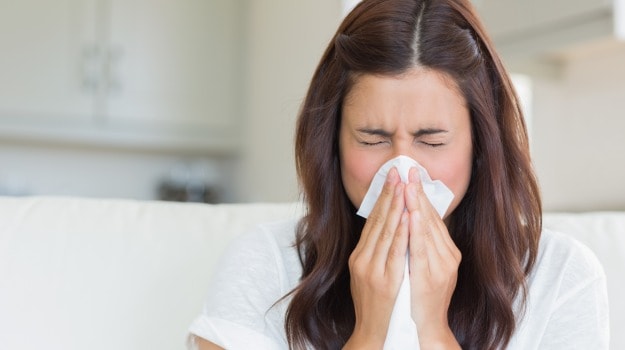 You've got all the winter essentials: furry boots, a woolen scarf, a poofy jacket and warm and cozy mitten gloves. And yet you still find yourself sniffling, trying to fight off that awful winter cold.

A few researchers at Yale University set out to find why this cold keeps making a comeback even though people keep themselves warm. The study was published in the journal Proceedings of the National Academy of Sciences (PNAS) and found that people are more likely to catch a cold in cool-weather conditions because of a bug that rests in the nose.

Commonly known as rhinovirus, the bug finds it easier to breed at temperatures found inside the nose (33C or 91F) than deep inside the body (37C or 99F). The bug replicates more easily in cooler environments. Research shows that cold weather makes your immune system slightly sluggish which makes it harder for the body to fight off the bug.

According to Akiko Iwasaki, senior author of the study and Yale professor of immunobiology, the focus of prior studies has been on how body temperature influenced the virus as opposed to the immune system. To investigate the relationship between temperature and immune response, Iwasaki and an interdisciplinary team of Yale researchers spearheaded by Ellen Foxman, a postdoctoral fellow in Iwasaki's lab, examined the cells taken from the airways of mice.

Researchers observed viral replication in airway cells from mice with genetic deficiencies in the immune system sensors that detect virus and in the antiviral response. They found that with these immune deficiencies, the virus was able to replicate at the higher temperature. "That proves it's not just virus intrinsic, but it's the host's response that's the major contributor," Iwasaki said. Although the research was conducted on mouse cells, it offers clues that may benefit people. "In general, the lower the temperature, it seems the lower the innate immune response to viruses," noted Iwasaki. Yale researchers also hope to apply this insight into how temperature affects immune response to other conditions, such as childhood asthma.

How to Avoid the Common Cold

Most of us spend the winters trying a mix of antibiotics to keep away cold and cough. But the answer lies with the virus that nestles away in our nose. And covering your head, ears and body might just be a futile attempt. Well, just when you think you've tried enough, scientists in the United States seem to have found the answers!

8 home-remedies for cold and flu

Keeping your nose warm is the key to avoiding the 'achoo' this season. Many scientists have dismissed the former remedy saying coughs and sneezes are not necessarily caused by a drop in temperature. Instead, they say that the virus finds it easier to spread when everyone stays indoors in stuffy rooms. According to a study published in the National Academy of Science Journal, wrap a scarf around your nose to beat the winter cold. Also keep hydrating yourself through the day and eat food that will boost your immune system.