Tea as Good as Water 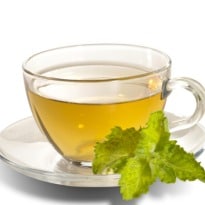 Drinking four to six mugs of tea a day is as good for keeping yourself hydrated as a litre of water. The finding disproves the idea that regular tea drinking can dehydrate the body because of its caffeine content.

It is often claimed that caffeinated drinks, such as tea, can adversely affect normal hydration and people are advised to drink a glass of water alongside caffeinated beverages to allow for possible diuretic (urine producing) effects of these beverages. Few studies have examined the impact of caffeinated drinks on normal hydration. To test this, 21 British volunteers were made to drink either four 240 ml mugs of tea over a 12-hour period - equivalent to just under one litre of tea in total - or a similar amount of plain, boiled water served warm. The tea included 20 ml of semi-skimmed milk but no sugar.

Listen to the latest songs, only on JioSaavn.com
The test was also repeated using six cups of tea or plain water, equivalent to nearly 1.5 litres of fluid, to investigate the effect of intakes. Tea or water and a controlled diet were given on separate test days. There was a ban on vigorous exercise, other caffeinated products and alcohol. Blood and urine samples were taken before consumption and at regular intervals to check hydration levels. Analysis found no significant differences in blood and urine measurements of hydration between between drinking tea and water.  The researchers did not find any difference in the daily h urine output, indicating that concerns about excessive urination following the consumption of tea may be misplaced for most individuals.

Comments Tea is consumed by the majority of the adult population in many countries, particularly elderly people. Thus health advice and media comment, which incorrectly identify tea as a diuretic, could be misleading and serve to drive consumption towards less healthy beverages. Tea is a rich source of flavonoids, which have been associated with a reduced risk of heart disease and stroke at intakes of about four cups per day. Both tea and water offer similar hydrating properties at intakes of four to six servings per day, amounting to about 168 or 252 mg caffeine.  The risk of dehydration in response to regular tea consumption is minimal and public health advice should be updated to reflect the true contribution of tea to fluid requirements