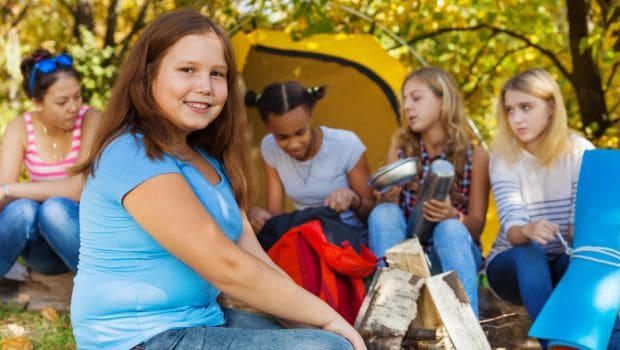 Highlights
The increased risk of developing type 2 diabetes, and eventually dying from the disease, begins early in life and at weights in the “normal” range, a new study suggests.

Researchers followed the fates of millions of Israeli teenagers weighed at age 17, and found a steady increase in the likelihood of death from diabetes-related causes up to age 70 that was tied to heavier weights in the teen years.

“This study provides further evidence for the urgent need for firm public health actions to overcome the childhood obesity epidemic, as its devastating impact on human health is currently underestimated,” said coauthor Hagai Levine of Hebrew University-Hadassah School of Public Health and Community Medicine in Jerusalem.

The researchers used data on more than 2 million Israeli adolescents who underwent a physical examination when they were evaluated for military service between 1967 and 2010. The study team then grouped the teens based on age, sex and body mass index (BMI), a measure of weight relative to height.

Following the entire group in national medical records, researchers found 481 deaths with diabetes mellitus listed as the underlying cause. The average age at death was 50 years, and diabetes caused about 1.5 percent of all deaths in the group during the follow-up period.

“Diabetes deaths are sufficiently common to be concerned about,” said Majid Ezzati, chair of global and environmental health at Imperial College London, who was not involved in the study.

“More importantly, the results could also imply an increased risk of diabetes disease which leads to long term morbidity and to other conditions like heart disease and kidney disease.”

The researchers found that starting at a BMI of 22.4, well within the normal range, as teenage BMI rose, the risk of eventual death from diabetes gradually increased as well. Teens with a BMI between 18 and 20 had the lowest overall risk of later dying from diabetes, according to the report in Diabetes Care.

“The part of these results that many people will find surprising is that there is a higher likelihood of diabetes-related death even when, as teenagers, individuals were within the ‘normal’ weight range, but on the heavier end of it,” said Asheley Skinner of the Duke Clinical Research Institute in Durham, North Carolina.

Teens shouldn’t be worried about dying from diabetes, but should be worried about developing a healthy diet and making physical activity part of their daily lives, regardless of current weight, said Skinner, who wasn’t involved in the study.

“Teens who are already struggling with obesity should focus on using diet and activity to maintain weight and prevent the severity of obesity from worsening,” she said by email. “Obesity and type 2 diabetes are both part of complicated metabolic system that we are still learning a lot about,” Skinner said.

Promoted
Listen to the latest songs, only on JioSaavn.com
“One of the major limitations of this study is that they don’t have adult BMI. It’s possible that once you consider the effect of adult BMI, teen BMI would no longer be an important factor,” she cautioned. “In other words, it’s possible that obesity as a teen itself is not the problem, but rather that teens with obesity are more likely to become adults with obesity.”