What Do Tweets Say About Our Health? 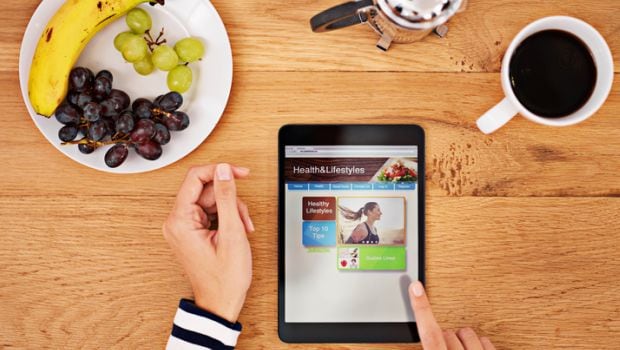 Highlights
Tapping into the Twitter stream could help researchers understand how healthy people’s lifestyles are and how to target improved public health, according to a recent study.

Using geotagged tweets, researchers at the Universities of Utah and Washington were able to build a map of the U.S. by neighborhood, with indicators of how happy and active people in that neighborhood are and what their diets are like.

“Overall I think the patterns make sense, more fast food restaurants in the area are correlated with more fast food mentions, but I was surprised that coffee was so highly ranked,” said lead author Quynh C. Nguyen of the University of Utah College of Health in Salt Lake City.

The researchers collected 1 percent of randomly selected tweets that were tagged with a geographic location between April 2015 and March 2016. That yielded 80 million tweets from 603,000 users in the contiguous U.S.They then built several versions of a machine learning algorithm to sort the tweets by indicators of happiness, activity and diet. The results were checked by humans to make sure tweets weren’t misunderstood by the machine – for instance, in one case, the algorithm identified tweets about basketball player Stephen Curry as food tweets, before researchers corrected it.

The study team next mapped their sorted tweets to 2010 census tracts and ZIP code areas.

About 20 percent of tweets were classified as happy. People tend to only use a few words to talk about food or activity, so the researchers only used 25 search terms.

At the state level, more positive mentions of physical activity and healthy foods, as well as happiness, were associated with lower all-cause mortality and the prevalence of chronic conditions like obesity and diabetes, according to the report online October 17th in the Journal of Medical Internet Research Public Health and Surveillance.

“Right now we’re correlating it with county-level and state-level health outcomes,” which will hopefully be helpful for health researchers in the future, Nguyen told Reuters Health.

“We don’t think the data can be taken as 100 percent a food diary; what we can see is what people are willing to share,” she said. People are very willing to share about coffee, in particular, which may be due to its “social capital,” she noted.

“There’s a certain image-crafting associated with being online,” Nguyen said.

Twitter users also are not a perfect sample of people in the U.S., she said.

“It’s important for researchers to utilize meaningful data to understand the underlying conditions that shape the health of communities and individuals and to identify inequities in health that we can do something about,” Jennifer L. Black of the Faculty of Land and Food Systems at The University of British Columbia in Vancouver said by email.

“Because twitter and social media are so new as sources of data and sources of health information, I don’t think we yet know what the full potential is for tweets to shape health behaviors,” said Black, who was not part of the new study.

Listen to the latest songs, only on JioSaavn.com
Twitter may not tell us what people are  and doing, but it provides a sense of what people are saying and writing, Black told Reuters Health.

“Twitter and social media may be able to tell us something about peoples’ experiences living in neighborhoods with barriers to accessing healthy/fresh food,” Black added. “In the coming years it will be important for researchers as well as students and emerging food and nutrition professionals to gain insight about how people use social media.”