The Combination of Alcohol and Gut Fungus May Harm Your Liver 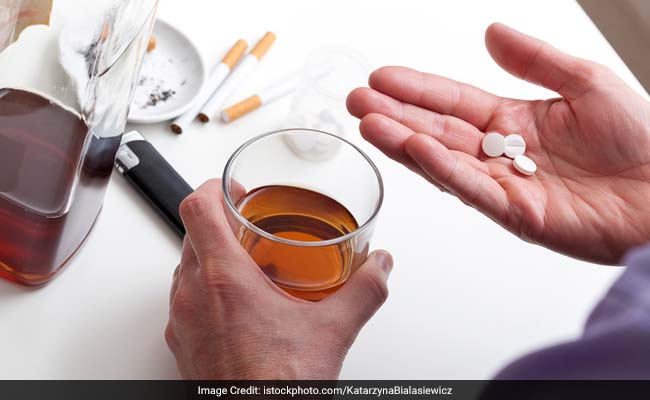 Highlights
Despite the certain health claims awarded to alcohol such as wine, the consumption of liquor remains debatable. In fact, more and more studies are not hinting that drinking alcohol can do more harm than good. This for instance, this new study, published in the journal of Clinical Investigation, shows that a combination of intestinal fungi and chronic liver damage can prove to be fatal for people with alcohol-related liver disease.

The team conducted trials in a mice model and found that fungi flourished in the intestines of the mice with chronic alcohol exposure. Chronic inflammation kills liver cells and ultimately paves way for  alcoholic liver disease. However, researchers were able to protect mice from alcohol-induced liver disease by treating them with the anti-fungal compound amphotericin B. The mice received a type of oral amphotericin B that is not absorbed into the bloodstream, but oral amphotericin B is not FDA-approved for human use. Intravenous amphotericin B is FDA approved for the treatment of serious fungal infections and it can cause side effects such as stomach, bone, muscle or joint pain and shortness of breath.

The team also compared fungi in the stool of eight healthy people and 20 people with chronic alcohol abuse and various stages of liver disease.They found that the healthy people had a rich diversity of fungi living in their intestines as compared to alcohol-dependent patients. The team of experts also found a correlation between fungi and disease severity in a separate group of 27 patients with alcohol-related liver disease. After five years of analysis, 77 percent of the low-fungi group survived, compared to 36 percent of the high-fungi group.

CommentsSince the results were so positive in mice, these researchers would now like to test amphotericin B in patients with alcohol-related liver disease to strengthen their evidence. Alcohol-related liver disease can be of many types like fatty liver, alcoholic hepatitis or liver cirrhosis. In most cases, these diseases damage or destroy the liver cells. Your liver works to breakdown the chemical components in alcohol so that they can be removed from your body. However, it can be damaged and overburdened if you drink more alcohol than what it can process. Therefore, its very important to limit your alcohol intake and not go overboard.