The Power of Beans, the Cancer Fighting Food

Beans, also known as legumes, are rich in three types of phytochemicals which are known to fight against cancer. 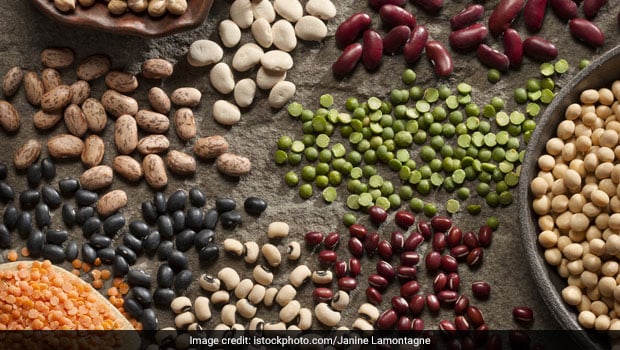 Over six lakh people die every year in India and seven per cent of all deaths in India are due to various types of cancers, quoted by WHO reports of 2016. Loosing someone is never easy. In fact we would never want our close ones to get caught with such terrible diseases. Focusing on health may prevent our body from different types of cancers, as it is rightly said that it is better to be late than sorry. There are several foods that are known to help prevent risk of cancer, and one such incredible ingredient is beans.

Beans are available in different varieties - pinto beans, black eyed peas, kidney beans, garbonzo beans, black beans and soya beans to name a few. Shilpa Arora, a renowned health instructor and nutritionist recommends darker beans as they are rich in phytonutrients and selenium that prevent inflammation and thus the growth of cancer cells.

Beans, also known as legumes, are rich in three types of phytochemicals which fight against cancer. They are-

Saponins: As per the lab tests, saponins are found with the ability to constrain the generation of cancer cells and slows the growth of tumors.

Protease Inhibitors: It releases a substance called proteases that destroy the nearby cells which help to prevent tumors. Also, it slows down the division of cancer cells.

Phytic Acid: Phytic acid slows down the progression of tumors.

5 Types of Cancer that May be Prevented by Beans

According to National Cancer Institute, prostate cancer is the second leading cause of death by cancer in men. Prostate cancer develops in a gland in male reproductive part, prostate. Beans contain antioxidant components which fight the free radicals that can lead to oxidative damage on a cellular level, including cancer. As per the BBC reports, inositol pentakisphosphate, a compound in beans block tumor growth.

Colorectal or colon cancer develops in the colon or rectum of large intestine. Beans rich with fibre and resistant starch enter large intestine where bacteria ferment them into a small chain of fatty acids such as butyrate. This acid performs number of cancer-preventive actions inside the colon such as increasing the production of detoxification enzymes and halting cancer cell growth. According to Polyp Prevention Trial, data indicated that eating more beans can prevent the recurrence of colon polyps.

Beans have flavonoids and compounds which contain anti-cancer properties. According to American Institute for Cancer Research, "for every 10 grams of fiber (about a half cup of beans), breast cancer risk is decreased by seven percent". Data from Nurses Health Study of 2005 revealed that countries with the greatest consumption of beans had the lowest breast cancer mortality rates.

Kidney cancer is also known as renal cancer. People suffering from this cancer need to strictly follow a healthy diet. Their diet should involve the most basic and beneficial items such as the green vegetables and fruits. A few vegetables such as beans, particularly play a massive role in terms of preventing the possibility of cancer. They are very important because they provide sufficient energy and nutrients to prevent deficiencies, help in optimising health, and reduce the risk of various diseases.

Gastric or stomach cancer are most common in our country. People with gastric cancer are recommended to have fiber and protein rich diet. As mentioned earlier, beans with more fiber can make gastric cancer patients feel full as suggested by doctors. Patients should avoid eating too much of it at a time. It is advisable to consume it with some soft and bland foods.

The versatile functioning of this food may actually prevent risks of these five kinds of cancer. It is a big source of protein for vegetarians. Enjoy your bean diet with salads, tacos and rice. According to a renowned health coach Shilpa Arora, "along with beans, one should include more green veggies which in totality prevent cancer cell growth and leads to a healthy DNA".