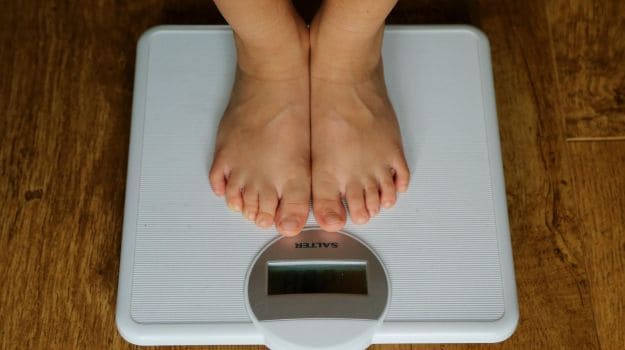 Only 53% of boys and 68% of girls who were overweight or obese recognised the fact. Photograph: Gareth Fuller/PA

Relatively few ‘normal-weight’ teens think they are too heavy, but many who are overweight do not acknowledge it.

More than a third of teenagers who are obese or overweight think their size is perfectly normal, according to researchers who say this lack of understanding is putting young people at greater risk of cancer and other diseases.Health experts worry that too much stress on the dangers of gaining weight may lead some young people into unnecessary dieting and eating disorders.

Prof Jane Wardle, of CRUK’s Health Behaviour Research Centre at University College London, who was one of the authors of the paper, said: “This study was a cause for celebration and concern. Young people who think they’re overweight when they’re not can sometimes develop devastating eating disorders, so we’re delighted that most of the normal-weight teenagers had a realistic view of their body size.

“But we need to find effective ways of helping too-heavy teenagers slim down and maintain a healthier weight, and it’s vitally important that we find out whether it helps if they are more aware of their weight status. There are no easy answers.”

The study, published in the International Journal of Obesity, looked at the responses of nearly 5,000 young people aged 13 to 15 who had taken part with their families in the annual health survey for England between 2005 and 2012. They had been weighed and measured and had been asked whether they thought they were “about the right weight”, “too heavy” or “too light”.

Eighty-four per cent of those who were of normal weight answered correctly, while 4% of boys and 11% of girls said they were too heavy. But only 53% of boys and 68% of girls who were overweight or obese recognised the fact.

It is not surprising that adolescents get it wrong, the paper says. “Weight is a topic of considerable interest in modern society, but messages are discordant. The mass media promote ideal standards for beauty that place great emphasis on slenderness in women and lean muscularity in men, which may be unattainable for many people.

“Meanwhile, mass media coverage of obesity often uses images of severely obese individuals, which could give the impression that medical criteria for overweight and obesity require exceptionally high body weights.”

Related: How Britain got so fat

The good news is that only a small proportion of teenagers wrongly thought they were too heavy. “It is encouraging that rates of size overestimation among normal-weight adolescents, particularly girls, were relatively low, despite continued emphasis in popular culture on achieving and maintaining a slender, toned physique,” the authors wrote.

But it is still important to help girls recognise what a healthy weight looks like, particularly those who are in at the upper end of the normal weight range, among whom 14% thought they were too heavy, as opposed to 4% at the lower end of normal.

“Previous studies have indicated that perceived overweight in normal-weight adolescents can lead to unnecessary, sometimes unhealthy dieting behaviours and in extreme cases may result in clinical eating disorders,” the paper says.

But warning teenagers that they are overweight and finding ways to help them is hard, it acknowledges. “There is a need to develop methods of improving recognition of overweight and obesity among adolescents that do not cause unnecessary concern over weight in those whose weight is healthy.”

Julie Sharp, head of health information at Cancer Research UK, said: “Overweight teenagers are more likely to become overweight adults at higher risk of cancer. So it’s important that young people who are too heavy have support to be more active and make healthy changes to their diet. Being aware that they are above a healthy weight could be a first step. Making these changes as teenagers could help protect them from cancer as adults.”