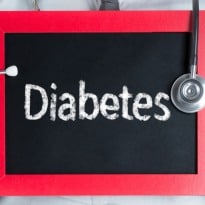 Type 2 diabetes, also known as non-insulin dependent diabetes usually occurs later in life and is generally seen relative to obesity. It characterizes conditions where there is deficiency of insulin or incapacity of body to use insulin properly. In such cases, the cells are unable to get enough glucose which otherwise gets accumulated in blood. Those suffering from type-2 diabetes are recommended to keep a check on their glucose levels, carb intake and body weight along with maintaining a balanced diet and regular physical activity.

Besides the conventional recommendation for controlling sugar and weight management, a recent research bears something new for the type-2 diabetics. According to a latest study, cutting down on the number of meals in a day can significantly assist in curbing weight and maintaining the blood sugar count.

The study was carried out on 54 patients who were treated with oral diabetes drugs. They were asked to follow one of the two regimens of a restricted calorie diet, each containing 500 calories less than the recommended daily amount; in one programme there were six small meals and the other two allowed only two large meals which were breakfast and lunch.

As a result it was found that "for type 2 diabetic patients on a calorie-restricted diet, eating larger breakfasts and lunches may be more beneficial than six smaller meals during the day,"

The study appeared in 'Diabetologia'
Inputs from IANS