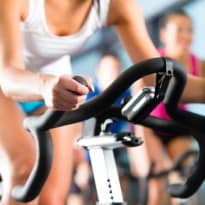 An eight week long study was conducted on overweight adults - a group at high-risk of developing diabetes. The participants were supposed to complete sprints on an exercise bike, each sprint lasting for just six seconds. At the end of each session a total of ten sprints were completed amounting to just two minutes of exercise per week. This short, but high-intensity regime was enough to improve the cardiovascular health as well as the insulin sensitivity of the body- the body's ability to clear glucose from the bloodstream - in the participants. It was the first time that such little exercise has been shown to have such significant health benefits, researchers said.

A previous study done by the same team suggested three high-intensity trainings in a week. But this recent research shows that the same results can be achieved with just two minutes of intensive exercise per week.

"With this study, we investigated the benefits of high-intensity training (HIT) in a population group known to be at risk of developing diabetes: overweight, middle-aged adults," said Dr John Babraj, Head, HIT team, Abertay University..

"We found that not only does HIT reduce the risk of them developing the disease, but also that the regime needs to be performed only twice a week in order for them to reap the benefits," Babraj said.

Promoted
Listen to the latest songs, only on JioSaavn.com
He also explained how the inability to exercise due to work or family commitments is cited as the most common barrier to participation. Hence, high-intensity training offers a really effective solution to this problem and has the added benefit of reducing disease risk which activities such as walking - even if done five days a week for 30 minutes - don't offer.

Comments
The research was published in the journal Biology.