Unwashed Knife and Grater Can Spread Bacteria Between Foods 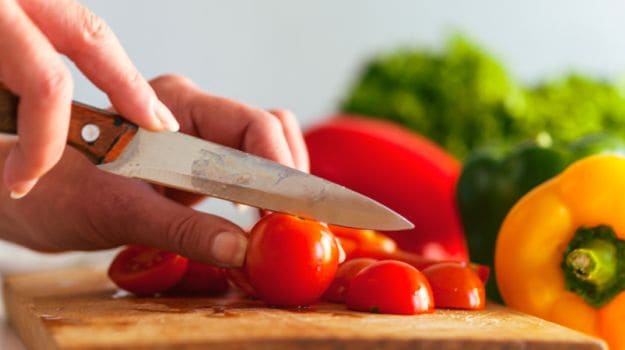 Do you use knife or grater in the kitchen to cut different eatables one after another, without washing them in between? You could be playing a role in spreading disease-causing bacteria, warns a study. Actually, bacteria latch on to the utensils commonly found in consumers' homes and spread to the next item.

Researchers have known that poor hygiene in a consumer's home can lead to food-borne illnesses, but considering what practices in the kitchen are more likely to lead to contamination has not been examined extensively. Lead author Marilyn Erickson from the University of Georgia contaminated many types of fruit and vegetables in her lab - adding certain pathogens that often can be found on these foods, such as salmonella and E. coli.

Using a knife, Erickson would cut into things like tomatoes or cantaloupe and other types of produce to see how easily the bacteria could spread when the knife was continuously used without being cleaned. Erickson and co-authors did not wash between cutting these different items. They also grated produce, such as carrots, to see how easily the pathogens spread to graters.

They found that both knives and graters can cause additional cross-contamination in the kitchen and that the pathogens were spread from produce to produce if they hadn't washed the utensils. The study also found that certain fruit and vegetables spread pathogens to knives to different degrees.

"For items like tomatoes, we tended to have a higher contamination of the knives than when we cut strawberries," Erickson said.

Erickson found that scrubbing or peeling items like melons, carrots and celery did not eliminate contamination on the produce item but led to contamination of the brush or peeler.

The study was published in the journal Food Microbiology.