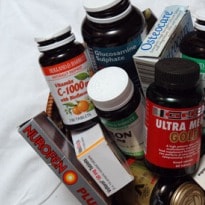 Consumers are wasting money on food supplements that use "exaggerated, misleading and sometimes unauthorised" claims to promote their alleged health benefits, a highly critical report has warned.

Some manufacturers - including well known names such as Boots, Seven Seas and Vitabiotics - are still helping to sell their products through "clever language" that confuses buyers, despite the EU having outlawed such practices, according to research by the consumer organisation Which?.

It looked at a number of popular supplements and assessed whether the claims made on their packaging were in line with what the EU's European Food Safety Authority (Efsa) allows. In its opinion, three types of supplement - Bioglan Probiotic capsules, Bimuno Prebiotic powder and Seven Seas Cardiomax - "made unproven health claims on their packaging and websites". The packaging of the Bioglan and Bimuno products "make unproven claims relating to how they help maintain digestive health, such as 'helps maintain digestive balance'. These supplements don't contain any additional vitamins or minerals so don't actually have any approved health benefits," says the research.

The EU has rejected many examples of advertising designed to promote the idea that probiotic drinks help enhance the body's natural defences and boost the immune system, and all health claims of any sort related to prebiotic and probiotic drinks and tablets submitted for its approval by supplement-makers, Which? says.

It also found that six other food supplements "could confuse consumers with their exaggerated and ambiguous claims". All six have used the fact that they also contain another ingredient, such as Vitamin C or calcium, beyond the main one to claim that the product in its entirety has health benefits, whereas there is no evidence to show that the main ingredient confers that advantage.

The consumer group lists the six as Boots Digestion Support Plus, Bioglan Glucosamine Plus Chondroitin and MSM, Seven Seas Jointcare Active, Boots Joint Health Glucosamine Sulphate and Chondroitin, Vitabiotics Jointace Original and Optima ActivJuice for Joints. "Confused consumers are likely to think the benefits of these products come from the main ingredients as heavily advertised on the packaging, which could lead to people wasting money", Which? says.

For years claims made by supplement producers were not regulated. But for the last five years they have had to get the Efsa's approval for such claims. However, it has approved just 248 of the more than 44,000 such claims submitted for its endorsement.

While glucosamine supplements containing vitamin C can cost up to £1 a day, a multivitamin tablet - also containing the same vitamin - is on sale for as little as 3p a day. Consumers could save up to £354 a year by switching products, Which? calculates.

Similarly, in the case of prebiotics and probiotics, "you could include calcium-rich foods in your diet, such as milk, instead of spending 27p to 55p per day and up to £200 a year on this product [Boots Digestion Support Plus], which contains only 15% of your recommended daily allowance of calcium", says Which?.

The health supplements industry is estimated to be worth £385m a year. In a survey of 2,100 UK adults last month Which? found that a third of them said they regularly took at least one supplement. Almost one in five (18%) said they took glucosamine products and 14% use probiotics drinks and tablets.

"It's worrying that some manufacturers aren't playing fair on the packaging of food supplements, making claims which could leave shoppers out of pocket", said Richard Lloyd, the executive director of Which?. "Which? campaigned for health claims on these products to be backed up by scientific evidence, so it's disappointing that manufacturers are still using clever language to imply unproven benefits."

But the supplements industry rejected the claims made by Which?. "This new report regarding health claims on food supplements is inaccurate as it infers that manufacturers are misleading their customers, which is simply not true", said Graham Keen, executive director of the Health Food Manufacturers' Association.

"Just because a certain ingredient does not have an Efsa-approved claim does not mean that it doesn't have a beneficial effect. The report ignores the significant efforts by UK manufacturers to comply with the regulation as well as still provide factual information about what their products do and how they work", Keen said.

The health supplements industry is worth £385m a year. Photograph: Linda Nylind for the Guardian