Why You Should Avoid Giving Antibiotics to Your Kids 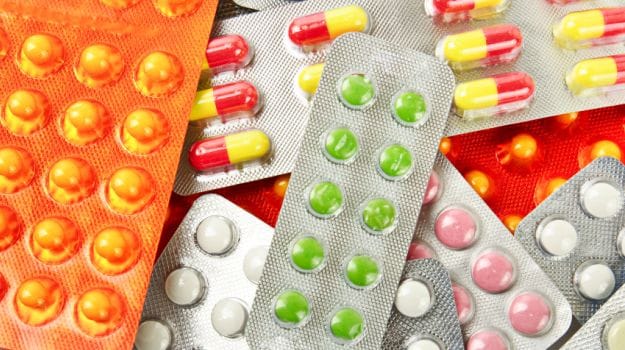 A new study published in the International Journal of Obesity warns that children who receive antibiotics throughout the course of their childhood gain weight significantly faster than those who do not. The findings suggest that early antibiotic use may have a compounding effect on body mass index (BMI), a measure often used to determine healthy weight.

"Your BMI may be forever altered by the antibiotics you take as a child," said study leader Brian Schwartz, professor at Johns Hopkins Bloomberg School of Public Health in Baltimore, Maryland, US. "Our data suggest that every time we give an antibiotic to kids they gain weight faster over time," Schwartz noted.

For the study, the researchers analysed health records of 163,820 children between three and 18 years old from January 2001 to February 2012. They examined body weight and height (which are used to determine BMI) and antibiotic use in the previous year as well as any earlier years for which records were available. At the age of 15, children who had taken antibiotics seven or more times during their growing years weighed about three pounds (1.3 kg) more than those who received no antibiotics."While the magnitude of the weight increase attributable to antibiotics may be modest by the end of childhood, our finding that the effects are cumulative raises the possibility that these effects continue and are compounded into adulthood," Schwartz said.

The study explains that antibiotics are taken to kill harmful bacteria but in the process they also eliminate the good bacteria that are vital to gastrointestinal health. Regular use of antibiotics can change the microbiota, or the microorganisms that inhabit the body, thereby altering the way it breaks down food and increasing the calories of nutrients absorbed. This can lead to weight gain.

Dr. Shikha Sharma, Wellness Expert and Founder of Nutrihealth, agrees, “Overuse of antibiotics disrupts the gut flora. Millions of bacteria live in our intestine, which weigh a couple of kilos of our body weight itself.  These bacteria have a purpose. There is micro-metabolism happening in our intestine, and these bacteria regulate our metabolism and the production of certain enzyme and vitamins. When we take antibiotics, they also kill the good bacteria. This makes the gut acidic which creates an imbalance in the metabolism. These can lead to several health problems like weight gain and allergies.”

“Early exposure to antibiotics is definitely not a good idea, and in fact antibiotics should be used seldomly,” she advices.

Another study, 'The State of World Antibiotics 2015', conducted by Centre for Disease Dynamics, Economics and Policy (CDDEP) shows that in 2010, India was the largest consumer of antibiotics ahead of China and the US.

"MRSA (Methicillin-resistant Staphylococcus aureus) resistance rates have remained high in India. Carbapenem resistance has been increasing overtime. Overall, India has one of the highest rates of antibiotic resistance in the world," Ramanan Laxminarayan, director, CDDEP, and a lead author of the study told IANS on Thursday.

MRSA is a common pathogen responsible for skin and soft tissue infections, severe bloodstream infections, and pneumonia. Carbapenems are considered last-resort antibiotics, used for infections that are resistant to first-, second- and even third-line antibiotics.

The countries consuming the most antibiotics overall in 2010 were India (13 billion Standard Unit (SU)), China (10 billion SU) and the US, (7 billion SU), according to the study. The study suggests limiting the use of antibiotics and not to purchase antibiotics over the counter without a doctor's prescription. Doctors should also exercise caution while prescribing them.