Overuse of Antibiotics Can Hurt Your Health 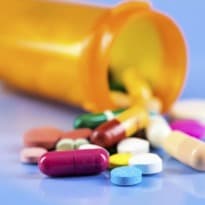 For long health experts have spoken in favour of reducing the number of antibiotics prescribed to patients because overuse may cause resistance which can lead to several secondary infections and allergic reactions. Despite this, antibiotic resistance has become a major public health concern. To add to this, a new study that appeared in the journal Medical Decision Making shows that most people do not really understand or are even aware of the risks that are associated with taking unnecessary antibiotics.

Researchers from George Washington, Cornell and Johns Hopkins universities surveyed 113 patients in an urban hospital to test their understanding of antibiotics. They discovered a widespread misconception - patients may want antibiotics, even if they know that, if they have a viral infection, the drugs may not make them better. These patients believed that taking the medication will not worsen their condition and that the risk of taking unnecessary antibiotics does not outweigh the possibility that they may help.

They also found that most public health educational materials may not address these misconceptions which drives doctors to prescribe them more often. According to David Broniatowski, Assistant Professor in GW's School of Engineering and Applied Science, "Patients figure that taking antibiotics can't hurt, and just might might make them fell better. When they come in for treatment, they are usually feeling pretty bad and looking for anything that can improve their condition." "These patients might know that there is, in theory, a risk of side effects when taking antibiotics, but they interpret that risk as essentially nil. More than half of the patients we surveyed already knew that antibiotics don't work against viruses, but they still agreed with taking antibiotics just in case," Broniatowski added.

Broniatowski's research found that most educational tools used to communicate the dangers of taking unnecessary antibiotics focus on the differences between bacteria and viruses - the idea that "germs are germs" - but do not address patients' widespread "why not take a risk" belief.

The study urges members of the public health community to reconsider their communication tactics and adjust educational materials to address patients' concerns and beliefs.