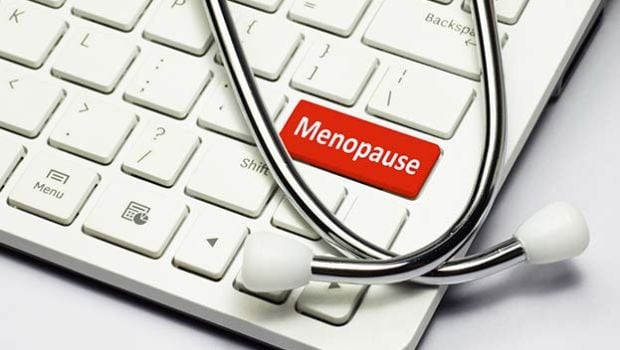 Highlights
Menopauses or climacteric caused by the decrease in hormones is a phase when women don't menstruate anymore and can't conceive a baby. Every woman at an average of 45 years of age goes through this biological change in the body, further involving several other changes. Some common symptoms that are noticed by women at least a year before menopause include change in flow of blood and frequency, hot flashes, night sweats and disturbed sleeping patterns. Post menopause too the body faces several changes, some also leading to severe health problems. Osteoporosis ( a condition of weakened bones) and periodontitis (a condition of losing teeth) are some of the major problems noticed because of the slow formation of new bone tissues, which further caused other problems such as brittle bones and infection around gums and teeth.

According to a study, osteoporosis makes the condition of the patient worse if already suffering from periodontitis, as stated by Natalia Chalmbers, Director of Analytic at the DentaQuest Institute in West borough, Massachusetts. Almost 500 women were part of the study conducted in Brazil, wherein 115 of them from the group were under treatment and were taking Vitamin D, calcium or estrogen supplements. The study found that extreme case of periodontitis was 44 percent lower in women who went through estrogen therapy.

Hormone therapy or estrogen therapy helps with formation of new bone tissues and can decrease the effect of osteoporoses and periodontitis, but might have other side effects such as cardiac problems and breast cancer, even though those who underwent the procedure had lesser complain about periodontal (oral disease). The connection between the two hasn't been determined yet due to the lack of thorough study and other limitations.

"Our findings suggest that older women may be at higher risk for death because of their periodontal condition and may benefit from more intensive oral screening measures," said Michael J. LaMonte, associate professor at the university.

"Besides their negative impact on oral function and dietary habits, these conditions are also thought to be related to chronic diseases of ageing," LaMonte added, in the paper published in the Journal of the American Heart Association.