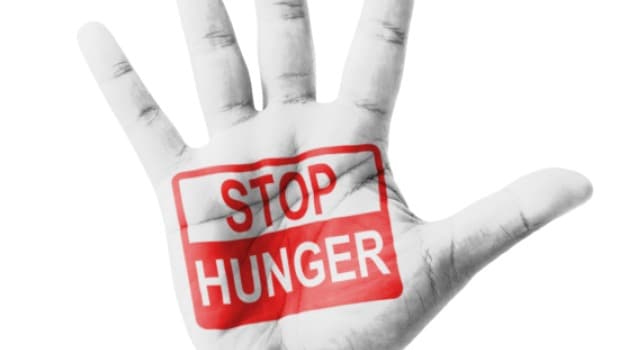 Attempts to end global hunger and improve education are being hampered by a little known group of diseases that affect the world's poorest and must be tackled too, the head of a body pushing for the elimination of such diseases said.

The 17 diseases infect about 1 billion people living in rural communities in the poorest parts of the world. They include sleeping sickness, yaws, dengue fever, river blindness, Chagas disease and intestinal worms.

"You can spend a lot of resources distributing protein supplements or vitamins, but in the end if you're administering them to people infested with worms then that supplement is just being eaten by the worms," Marianne Comparet, director of the London-based International Society for Neglected Tropical Diseases, said in an interview.

"There is a huge overlap in the populations that are the most hungry and at the same time are the most unhealthy, so it makes sense to bridge them both at the same time," she added. Intestinal worms are spread through human faeces in areas with poor sanitation, and affect more than 880 million children, according to the World Health Organization.

Like most of this group of diseases, intestinal worms are not usually deadly but they affect people throughout their life. They strike in early childhood, affecting first children's education and later their productivity. Some people with leprosy or elephantiasis, which can severely disfigure the body, may become socially ostracized and be unable to marry.

"They may not be fatal, but they do carry a massive cost in terms of human welfare and economic burden to those parts of society," Comparet said. Farming is also affected, which in turn affects people's ability to feed themselves. Sick people are less productive, and some of the diseases are directly caused by farming, she said.

The debilitating dengue fever affects huge numbers of rice farmers, as the water-filled fields become mosquito breeding grounds. The fever incapacitates farming families and healthy family members have to look after the sick. Poor farmers live very close to their livestock, which carry some of the diseases.

Guinea worm, caught by drinking infected water, grows in the body and eventually emerges as a long worm through the foot - usually in harvest season. It is extremely painful and can cause severe inflammation.

Many of the diseases are being tackled, and now affect fewer people than before. Guinea worm is on the verge of eradication. Dengue fever is an exception - it has spread considerably in recent decades, and now affects people in wealthy parts of cities as well as the poorest. But experts hope a vaccine will be available later this year.

Not only hunger programmes would benefit from working with groups tackling the NTDs, Comparet said. "You've got fantastic initiatives putting laptops or teachers in schools, but if children aren't attending the schools because they're ill, again it's wasted resources.

"We very much view the NTDs as an acute programme to treat a disease, but also to ensure there's a solid foundation for the other programmes to grow from," she added. Unlike the treatment of other diseases, which starts with doctors and hospitals in capital cities and eventually trickles down to community health centres, treating these NTDs has to start in rural areas.

"We like to think of it as building the health system from the roots upwards. And that requires an absolutely collaborative and inclusive approach," Comparet said. She said she feels optimistic about tackling NTDs, which are now attracting greater attention and more funding.

"It's all a question of time and pace. The concept's been proven and now it would just be nice to see things happening a lot quicker," she said.