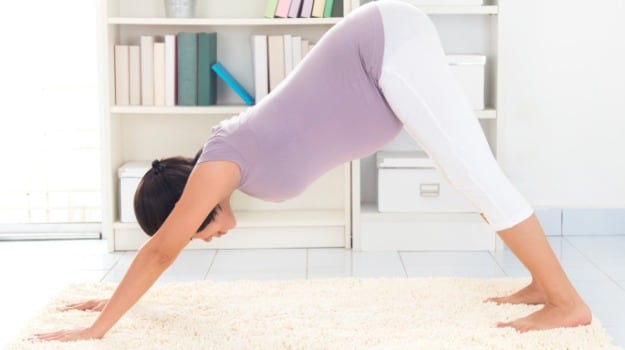 Besides practicing yoga, if you were to start meditating, it could help you relax, beat depression and other mental disorders. If you're a woman, then it'll probably work better for you than it does for men. Some recent studies indicate how yoga may help women ease symptoms associated with post-traumatic stress disorder (PTSD). Many health experts believe that a mix of certain yoga asanas may prove extremely beneficial for pregnant women and can facilitate normal delivery.

Adding more to the list of benefits is a new study published in the journal Women's Yoga. According to a team of experts at Brown University, yoga can help pregnant women with depression. Yoga exercises can be feasible, acceptable, safe and effective for mild to moderately depressed women.

Prior research has shown that depressed pregnant women are often reluctant to use medications and some also have difficulty engaging in individual psychotherapy, researchers said. A few small studies have also suggested that yoga and mindfulness-based approaches could help prevent or treat depression during pregnancy.

"This is really about trying to develop a wider range of options that suit women who are experiencing these kind of symptoms during pregnancy," said lead author Cynthia Battle, from Brown University.

For the study, the team recruited 34 pregnant women with elevated depression symptoms. Women attended a programme of pre-natal yoga classes tailored for pregnant women by registered yoga instructors. In addition to practicing yoga and mindfulness during the classes, women were also encouraged to do so at home. Mindfulness involves directing one's attention to the present moment, noticing thoughts, feelings, or sensations and avoiding judgment of those experiences.

At regular time points during the 10-week study, the researchers measured depressive symptoms in the women. Though there was no control group to compare against, the study provides signs that prenatal yoga could be helpful, Battle said. The study data showed that the more prenatal yoga pregnant women did, the more they benefited psychologically.

"What we feel like we've learned from this open pilot trial is that prenatal yoga really does appear to be an approach that is feasible to administer, acceptable to women and their health-care providers, and potentially helpful to improve mood," Battle said.

"We found what we think are very encouraging results," said Battle.

The researchers also measured significant changes in some attributes of mindfulness, which many researchers believe is one mechanism by which yoga may reduce depression.