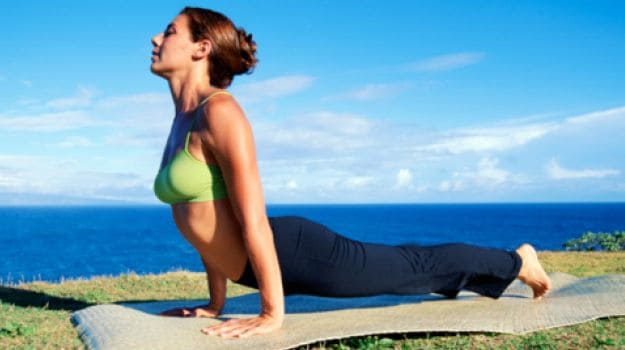 A new study conducted by Indian Institute of Science (IIS) has revealed that yoga practitioners are at lesser risk of developing inflammation that could lead to cardiovascular diseases, cancer and Alzheimer's.

Inflammation refers to your body's response to an injury and involves secretion of pro-inflammatory cytokines (cell-signalling proteins) in the blood to combat the injury. The study found that regular exercise in the form of yoga can help optimise the levels of pro-inflammatory cytokines - Tumour Necrosis Factor (TNF) alpha and Interleukin-6 (IL-6).

The results of the research indicate that yoga, which enhances mind-body relaxation achieved through a combination of proper breathing, meditation and physical exercises, can help keep TNF-alpha and IL-6 at optimal levels.

This is necessary for regulating the body's immune response to an injury or infection. At the same time, an imbalance in levels of TNF-alpha and IL-6 can be harmful as excess amounts during chronic inflammation can lead to harmful effects like pro-tumour effects.

"The research highlights that levels of pro-inflammatory cytokines proportionately decrease with the increase in the duration of yoga practice, especially when the yoga practitioner is exposed to severe physical stress in form of strenuous exercise.

"This implies that the pro-inflammatory cytokines do not shoot up as much if one practices yoga regularly," says Ambarish Vijayaraghava, Associate Professor, Department of Physiology, of the M S Ramaiah Medical College. He is also the lead author of the paper.

(Pull Out Your Mats: Different Types of Yoga and Their Many Health Benefits)

Comments"The study illustrates that increase in levels of pro-inflammatory cytokines is less and less with longer and longer duration of yoga, when exposed to physical stress, so yoga acts as a molecular level buffer for physical stress. Yoga probably helps in acting as a cushion to absorb mental stress too, as yoga has both body and mind components", says Professor Vijayaraghava.