Internet Addiction May Increase Risk of Depression and Anxiety 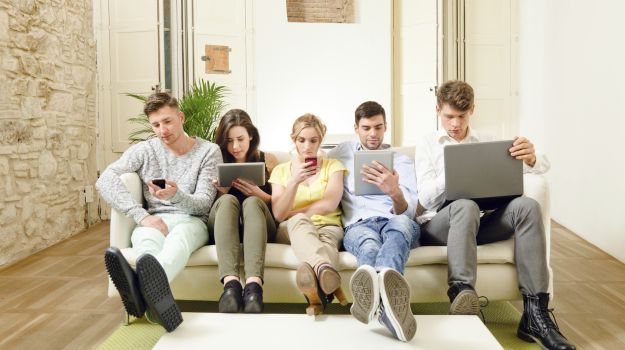 Highlights
Excessive use of internet may significantly increase the risk of mental health problems such as depression and anxiety, especially among college-going students, a study has found.

The findings showed that individuals with internet addiction had more trouble dealing with their day-to-day activities, including life at home, at work/school and in social settings.

They had problems with planning and time management, greater levels of attentional impulsivity as well as attention deficit hyperactivity disorder (ADHD).

Internet addiction may also be strongly linked to compulsive behaviour and several other addiction in students, the study said.

"This leads us to a couple of questions like are we grossly underestimating the prevalence of internet addiction and are these other mental health issues a cause or consequence of this excessive reliance on the internet?" said lead researcher Michael Van Ameringen from the McMaster University in Canada.

The study may also have practical medical implications."If you are trying to treat someone for an addiction when in fact they are anxious or depressed, then you may be going down the wrong route. We need to understand this more, so we need a bigger sample, drawn from a wider, more varied population," Ameringen added.

The Internet Addiction Test (IAT) developed in 1998 prior to the widespread use of smartphone technology, is the only standard test used to measure excessive reliance on the internet.

However, over the last 18 years internet use has changed radically with a substantial number of people working online, using social media among others, round the clock.

"We were concerned that the IAT questionnaire may not have been picking up on problematic modern internet use, or showing up false positives for people who were simply using the internet rather than being over-reliant on it," Ameringen said.

For the study, the team surveyed 254 students and correlated internet use with general mental health and wellbeing.

Only 33 students met screening criteria for internet addiction, according to the IAT.

Listen to the latest songs, only on JioSaavn.com
The research team also administered a further series of self-reported tests to see how the internet addicts compared to the others in the survey on areas such as symptoms of depression and anxiety, impulsiveness, inattention and executive functioning, as well as tests for ADHD.

The results were presented at the European College of Neuropsychopharmacology (ECNP) conference in Vienna, recently.

How To Whip Up Mango Tostada For A Quick Evening Snack (Recipe Video Inside)
Covid-19: 5 Tips To Keep Fruits And Vegetables Clean According To FSSAI