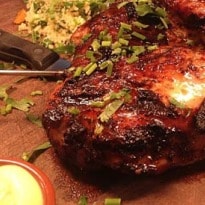 With star chef Simon Rogan now at the Midland Hotel and Michelin-ambitious Manchester House due in July, Manchester food is in the spotlight. Five years on from his original 10, Tony Naylor chooses a fresh batch of favourites for tighter budgets.

The food at this late-night Northern Quarter music bar has always been unusually good. For many regulars, its chilli, its chicken and chorizo stew and, particularly, its falafel and halloumi open kebab, form a beer-food Holy Trinity. This year, however, the kitchen has really upped its game. The menus are now designed by Laurence Tottingham, one half of the husband-and-wife chef duo who run Prestwich's acclaimed Aumbry and, alongside a range of sandwiches and classy burgers (try the pastrami-and-Emmental-topped Reuben), you can expect to see broadly New York deli-inspired dishes on the specials menu, such as an excellent shredded salt-beef sauerkraut stack, huevos rancheros and an Italian meatball sub. Common is the sister bar of Port Street Beer House, and so, naturally, it carries an interesting range of cask, imported keg and bottled beers.
• Light bites and sandwiches, £2.50-£5.95, meals £6-£8.50. 39-41 Edge Street, 0161 832 9245, aplacecalledcommon.co.uk

In Rome pizza isn't round; it's rectangular and served al taglio (by the slice). The owners of this pizza bar travelled to the Italian capital to learn how it's done, and it shows. Everything is made onsite, every day, and it's all good, from the elegant simplicity of the beautifully light, bouncy focaccia, dressed with olive oil, rosemary and sea salt, to classic toppings such as broccoli, sausage and chilli. Those pizzas that employ very thinly sliced potato stand out (it adds a buttery dimension and boosts overall savoury oomph). If you end up staggering around the Northern Quarter late at night, looking to stave off a hangover, it's worth noting that at weekends, Slice remains open, for takeaway only, from 10pm to 1am.
• Slices £2-£2.75. 1A Stevenson Square, 0161 236 9032, slicepizza.co

Do you love eggs Benedict? Do you want to listen to the Pixies while you eat it? If so, you're in the right place. A gig venue and late-night bar, Gorilla is also a surprisingly good casual dining space, open from 9am at weekends. The various elements of that eggs Benedict (£5.50) are bright, fresh, pin-sharp. The full English, meanwhile, comes with Gorilla's own-recipe sausages (made by renowned Chorlton butcher WH Frost) and quality bacon from over the border in Cheshire. The coffee's not bad, either. Although, for Manchester's best flat white (£2.60), head to North Tea Power (36 Tib Street, 0161 833 3073).

Later in the day, the menu expands to take in snazzy sandwiches (a ciabatta of stuffed porchetta, crackling and salsa verde), burgers, dogs, interesting seasonal soups and salads, and an African chermoula-spiced kebab. One warning: tread carefully with the more interesting bottled and canned craft beers, which, in all Trof's venues (they own a few across town) tend to be pricey. Think £4.50 for a 35.5cl can of Brooklyn lager.
• Breakfast, £4-£9.95, light meals and sandwiches, £4.50-£8.50, mains from £7.50. 54-56 Whitworth Street, 0161 407 0301, thisisgorilla.com

The Arndale Market food hall (don't worry, it is not as posh as that might sound) has numerous affordable places to eat but, personally, I rarely get past Pancho's. Run by Mexican chef Enrique Martinez, it deals in big, fat, sloppy burritos, stuffed with slow-cooked meats - pulled pork with lime, pork with fleshy cactus, beef in pasilla chilli sauce - that deliver masses of flavour. Grab a seat, because there is no way you'll be able to walk and eat one of these monsters, unless you want meat juices, refried beans, sour cream and pico de gallo salsa all down your shirt. Pancho's also does topped tacos and quesadillas, but the new hit is its tomato-and-ancho-chilli azteca soup (£2.50), which is all upfront fruity tomato flavours, riding waves of smokiness and lip-tingling heat.
• Burritos from £3.99. Unit FC1, Arndale Market food hall, 49 High Street, 07508 745498, panchosburritos.co.uk

It's a funny place, the Mark Addy. A riverside pub with a certain faded 1980s wine bar glamour, it has a once-ritzy façade that could not be more at odds with the ethos of its chef, Robert Owen Brown. A local lad, Owen Brown loves gutsy, no-nonsense northern cooking. He lives to do rib-sticking things with tripe, Bury black pudding and Eccles cakes - and at affordable prices, too. At lunch, you could do worse than share a few of the bar snacks: a Manchester egg (a northern take on the scotch egg), spam fritters and the Blacksticks blue cheese bhajis, which are a meal in themselves. There are also sandwich meals with chips and, at night, the budget traveller can choose between a cheese and pâté platter, and a couple of the sub-£10, pub-style mains (a serviceable burger, better fish 'n' chips).

Try to save some money to sample a couple of halves from the six real ales (pint from £3.10). As well as beers from Macclesfield's fantastic Red Willow, the pumps often feature beers from the region's less well-known micros. Indeed, if you're more interested in drinking than eating, use this pub as the starting-point for a short pub crawl down Chapel Street into Salford (technically, the Mark Addy is just over the border). Don't miss the King's Arms (11 Bloom Street, 0161 839 8726, kingsarmssalford.com) run by the Beautiful South's Paul Heaton, which is also the "local" in Channel 4's Fresh Meat - and exceptional ale enclave the New Oxford (Bexley Square, 0161 832 7082, thenewoxford.com).
• Snacks, sandwich meals and platters, £2.40-£7.25, mains from £9.45. Stanley Street, Salford, 0161 832 4080, markaddy.co.uk

Tucked down a side street in the Northern Quarter, This & That is one of the area's original curry cafes, where you can pick-up a filling "rice 'n' three" (choices of curry) for a few quid. It's a no-frills joint, but the food is fresh, homemade and uses whole spices to give the dishes the kind of wallop of flavour that you wouldn't normally expect at a sub-£5 price. The various lamb curries usually deliver a good savoury gravy and a reasonable amount of tasty meat, but, for me, its the veggie curries - particularly the chana masala, the daals and the spinach curry - that really sing with flavour. The help-yourself curry toppings (coriander, green chillies, raw onion) are a nice touch, and, of the supplementary snacks, the samosas (a shade greasy, perhaps, but packed with beautifully seasoned mince, potato and onion) are recommended.
• Meal from £3.30. 3 Soap Street, 0161 832 4971, thisandthatcafe.co.uk

I almost didn't include AF. Not because it's hugely over-hyped (which it is) and not because, at weekends, the queue for a table will sap your will to live. No, I almost didn't include it because AF sells itself in a very un-Manchester tone of, not hipster cool exactly, more lippy idiocy. On the website and on the walls, there is a lot of attitude and a lot of pointless posturing about its take-it-or-leave-it, love-us-or-hate-us untamed approach. There are signs banning photography. It sells a cocktail, Bitch Juice, which the menu warns (promises?) "may result in actual orgasm". Almost Famous asks so desperately and repeatedly, "Are we cool? Are we cool yet? Are we edgy?" The only reasonable answer is no. There is, however, no arguing with the burgers. They are sensational. The best in Manchester, by some distance. The "triple nom" (of course the burgers have irritating names) is the pick. It's packed with, not just two juicy patties, but a wad of moist, nicely charred barbecue rib meat, whose savoury depth acts as the best counterpoint to AF's slightly too sweet, but well-delineated sauces. The kitchen likes to keep things sloppy, so that burger also comes with a thick layer of fine red cabbage and red onion coleslaw. The reasonably durable semi-brioche bun doesn't quite hold everything in, but keeps it manageable. The fries, mined with pieces of sweet potato, are good; the "chilli cheese fries" (£5, chilli over fries, topped with a further mustardy-cheesy sauce) aren't worth the expense. The beer (Brooklyn lager, 33cl, £4.50) is pretty expensive, too.

Ingeniously located on Oxford Road, or "student alley", this modish, utilitarian canteen specialises in affordable Moroccan, Lebanese and Indian street food. A little surprisingly, given that it's a spin-off from well-regarded local curry house Zouk, the dosas need work. The masala potato filling was top, long on flavour, full of herbs and mustard seeds, and the chutneys - a minted, almost sour, green coconut one, and a fruity carrot number - were great. But the dosa "pancake" itself wasn't crisp and light enough. It was a shade flabby. KuKoos spritzy salads, however, are unquestionably A1. Its verdant, citrusy tabbouleh could hold its own in Beirut; the golden quinoa, dressed with orange juice and studded with fat raisins, was as tasty as health food is ever going to get. The menu also runs to hot wraps and snacks such as samosas and soups. With service as bright and cheery as its salads, and prices kept very keen - that dosa was just £3.50 - it is little wonder that KuKoos is already thriving.
• Snacks from £1, light meals £3-£5. 12a Oxford Road, 0161 236 7989, kukoos.co.uk

Modern Manchester looks polished and shiny, but you don't have to walk very far out of the centre to see another side of the city. And you should. Shabby Oldham Road is every bit as representative as swanky King Street and, thanks to this small, simple Vietnamese cafe, much tastier. Vnam's pho - that iconic noodle soup - is a belter: the broth bouncing with cinnamon and star anise flavours, the various cuts of beef included unusually flavourful, many edged with tasty fat. For the money (from 12pm to 1.30pm, the pho is £7.95 with a soft drink), the detail is excellent. That pho arrives with a good side of fresh mint and coriander, bean shoots, chillies and lime to add as you see fit. If pho seems a bit too familiar, there is plenty more to explore on the menu, from BBQ quail and lamb chops - served with a lime, sea salt and black pepper dipping sauce - to a prawn and pork lotus root salad. Also BYO (£1 corkage).
• Main noodle and rice dishes, £6.25-£8.35. 140 Oldham Road, 0161 205 2700, vnam.co.uk

Normally, £8 doesn't buy you much in terms of foodie adventure. However, at this east African restaurant, for less than a tenner, you can sample Ethiopian dishes, such as awaze tibs and gored gored, and wash them down with a bottle of imported (and fairly generic, actually) St George lager (£2-£2.50). It's rustic stuff. My doro wot comprised a bowl of sauce with the trimmed, central section of a chicken carcass in it, pieces of chicken breast still attached to the bird's breastbone. There wasn't a huge amount of meat there, but, as a dish, this was less about protein than that luscious sauce. It was an impossibly rich (many Ethiopian dishes are begun by frying off the ingredients in seasoned butter) red pepper and onion stew, highly but not particularly hotly spiced - ginger and cardamom are the primary seasonings - that, as a rough guide, was halfway between a proper rogan josh and the deep, savoury silkiness of a French onion soup. I wasn't sold on the hard-boiled egg that is also part of the dish, but the sauce worked brilliantly with the injera, the huge spongy, lemony-sour pancakes that you use to mop everything up with. Neatly decked out with African fabrics, pictures and knick-knacks, Habesha is basic, but much nicer than you might imagine, given that it is above a busy takeaway. You'll find it upstairs in the Istanbul Express kebab house in the Gay Village.
• Mains £5.50-£7.50. 29-31 Sackville Street, 0161 228 7396, habesharestaurant.co.uk

In picture: Half a tandoori chicken with apricot bulgar wheat, flat bread and saffron garlic mayo at Gorilla