All That's Good About Milk: Dairy Industry's Campaign in the United States 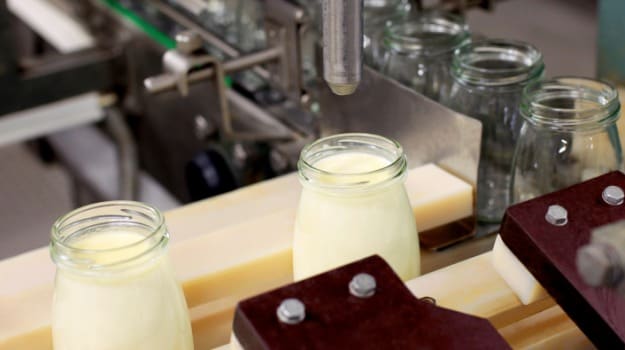 As Americans continue turning away from milk, a dairy industry group is pushing back at its critics with a social media campaign trumpeting its benefits. The association says it needs to act because attitudes about milk are deteriorating more rapidly, with vegan groups, non-dairy competitors and other perceived enemies getting louder online.

Julia Kadison, CEO of Milk Processor Education Program, which represents milk companies, says the breaking point came last year when the British Medical Journal published a study suggesting drinking lots of milk could lead to earlier deaths and higher incidents of fractures. Even though the study urged a cautious interpretation of its findings, it prompted a wave of posts online about the dangers of drinking milk.

"I said, 'That's enough.' We can't have these headlines that 'Milk Can Kill You' and not stand up for the truth," Kadison said in a phone interview.

On Tuesday, the "Get Real" social media campaign will be announced at a dairy industry gathering in Boca Raton, Florida in conjunction with the National Dairy Council and Dairy Management Inc., which represent dairy farmers. The campaign is intended to drown out milk's detractors with positive posts about the nutritional benefits of milk on Facebook, Twitter and elsewhere. Milk brands, their employees and others in the industry will post the messages and direct people to a website where they can get more information.

Online ads will also tout the superiority of dairy milk over almond milk, which is surging in popularity.

The campaign comes as milk's dominance in American homes continues to wane as beverage options proliferate. According to data from the U.S. Department of Agriculture, people drank an average of 14.5 gallons (55 liters) of milk a year in 2012. That's down 33 percent from the 21.8 gallons (82.5 liters) a year in 1970.

One factor chipping away at milk's dominance is the growth of non-dairy alternatives. While soy milk's popularity has faded, retail sales for almond milk are estimated to be up 39 percent last year, according to Virginia Lee, a packaged foodanalyst with market researcher Euromonitor International.

Meanwhile, the USDA recommends adults get three cups of dairy a day, including options like fat-free, low-fat milk or calcium-fortified soy milk. And the Academy of Nutrition and Dietetics, which represents nutrition professionals, is supporting the Get Real campaign and its push to underscore "the decades of research reinforcing low-fat milk as one of the most nutrient-rich beverages available."

But milk's wholesome image is nevertheless being muddied by diet trends and divergent attitudes about nutrition. Many who follow the popular Paleo diet, for instance, shun dairy because people didn't drink it during the Stone Age.

Animal welfare groups like People for the Ethical Treatment of Animals are also a thorn in the milk industry's side. On its website, PETA notes that "no species drinks milk beyond infancy or drinks the milk of another species" and details the cruel conditions dairy cows are often subject to.

Already, MilkPEP has tried some different tactics in hopes of battling milk's decline. In 2007, the group started promoting chocolate milk as a recovery drink for athletes. Then last year, the industry dropped its "Got Milk?" campaign featuring famous people sporting milk mustaches in favor of a campaign called "Milk Life" that focuses on the everyday benefits of milk.

With the "Get Real" campaign launching Tuesday, Kadison said the industry plans to stop "the seeds of doubt" that "naysayers, these anti-dairy folks, and also the competitors" are planting in people's mind about milk "before the fever gets too high."