Anushka Sharma and Virat Kohli are expecting their first child in January 2021. 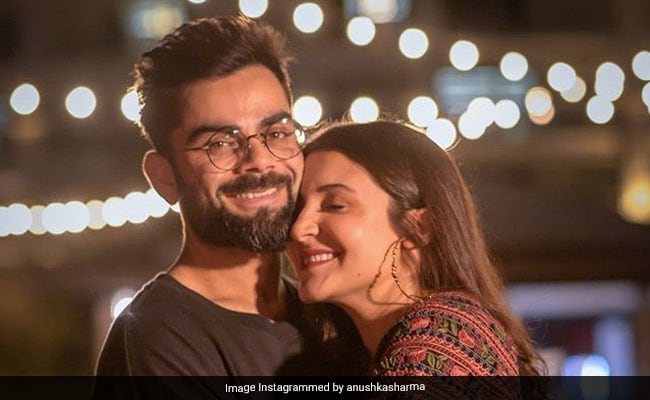 Actor Anushka Sharma is beaming with joy these days as she's expecting her first child with cricketer Virat Kohli in January 2021. The mom-to-be is known to keep her diet clean and healthy while occasionally indulging in her cravings. If you follow Anushka Sharma on social media, you would know how the actor sometimes shares glimpses from her food shenanigans too! Remember when she posted a short video of sneakily eating fries!?

Recently, Anushka took to Instagram stories to share a picture of enjoying a traditional south Indian Thali - Sadhya for lunch, which is mostly eaten around the festival of Onam. The feast included traditional south Indian delicacies such as pachadi, inji puli and two bowls of what look liked sambar and avial along with red rice and coconut chutney, that Anushka had smeared her hands with! The meal was beautifully spread out a banana leaf. Look at the picture here:

Don't you simply want to dig in at the sight if this!? Anushka seems to have loved every bit of the Sadhya as she wrote 'Oh Bliss' over the picture. Light, comforting and absolutely delicious, south Indian food never fails to impress anyone, and seems like Anushka is gorging over the best food during this time.

Both Anushka Sharma and Virat Kohli were in Dubai for the IPL until recently where they also celebrated the captain's 32nd birthday too with the RCB team and a huge chocolate cake. The couple is back in the bay with Virat already prepping for his Australia tour, a glimpse of which was shared by Anushka too!

Here's looking forward to more such food shenanigans from the cute couple!