Are Your Kids Spending Too Much Time On Mobile Phones Or TV? Keep A Check On Their Caffeine Intake 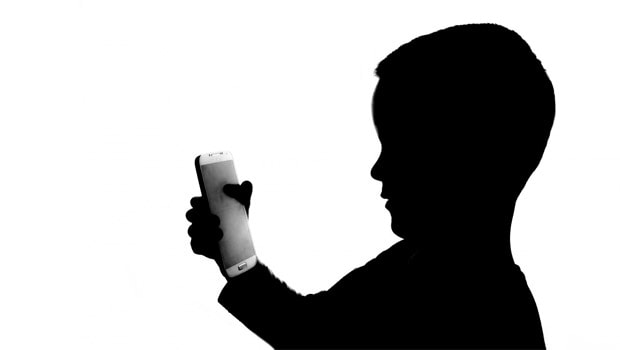 Spending excessive time watching TV or using electronic gadgets like mobile phones can take a toll on your health. Reduced physical activities, straining of eyes, binge eating – are some of the known repercussions of being a couch potato. That's why; it has become a big cause of concern these days for parents worried about their children's health. Now, there's another reason for discouraging children from using gadgets excessively. A new study published in the journal PLOS ONE claims that teenagers spending more time on electronic gadgets are more likely to consume sugary, aerated and caffeinated drinks. This should be taken seriously as the children may exceed the daily recommended levels of such drinks.

Unchecked ingestion of caffeine and sugar may give rise to a number of health problems like obesity, diabetes, dental cavities and sleep deprivation. Also, too much intake of caffeine, found in energy drinks, has been linked to hypertension, headaches, nausea, vomiting, diarrhoea, chest pain and sleeplessness.

Lead researcher Dr. Katherine Morrison, a paediatric endocrinologist at McMaster and California State University, Fullerton, said "There is a trend towards reduced energy drink and soda consumption between 2013 and 2016 which is our latest data, but greater electronic device use, particularly TV, is linked to more consumption of added sugar and caffeine among adolescents."

(Also Read: How Much Coffee You Can Have Every Day Without Harming Your Health?)

During the trial, it was discovered that that more than 27 per cent of teenagers consumed more than safe daily level of sugar intake and 21 per cent consumed more caffeine from soda and energy drinks than the recommended levels given by World Health Organization (WHO). The study also made the revelation that it was males who consumed more carbonated and energy drinks as compared to females. One finding that surprised the researchers was that video game use had the least effect on caffeine intake.

"Given the marketing campaigns that target video gamers, we expected a particularly strong association between caffeine intake from energy drinks or sodas with video game use, but TV was linked more strongly," said Morrison.

Here are the main findings of the study -

1. An hour extra of TV viewing per day could lead to a 32 per cent higher risk of exceeding recommended sugar level.

2. An hour extra of TV viewing per day could lead to a 28 per cent higher risk of exceeding recommended caffeine level.

3. Every hour spent on talking on mobile phone or using social media could lead to exceeding both sugar and caffeine recommended level.

Dr. Katherine Morrison suggested a viable solution to the problem by adding that "counselling or health promotion could potentially help."