Did You Know: Driverless Robots Are Now Delivering Food And Groceries In Central Moscow

A Russian internet company has deployed robots to deliver food and groceries to customers living in and around central Moscow. 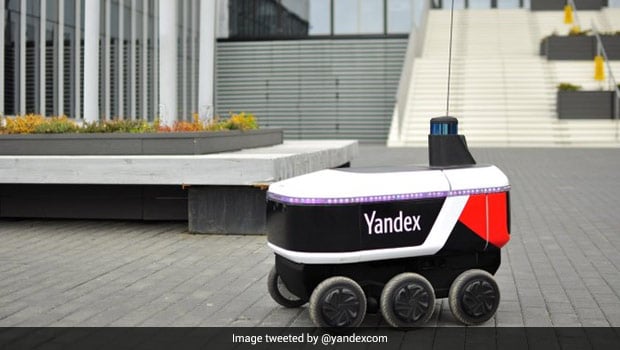 A Russian company has deployed robots to deliver food to customers.

2020 has been the year that has shifted the focus back to health. Sanitising hands, wearing a mask and maintaining social distancing are the new normal, everyday practices. Several businesses have also innovated with the times, ensuring proper hygiene and contactless operations in running their enterprises. Russian internet giant, Yandex has too come up with driverless robot buggies, which are being used to deliver food and groceries to customers living in and around central Moscow's White Square business district. These deliveries are automated and do not require any human aid.

The robot, called the Yandex rover, has been delivering groceries to some areas of Moscow as a part of a pilot programme running since autumn. It is now gradually expanding its area of delivery, according to a Yandex spokeswoman. Full-fledged meals are also being delivered to customers by a buggy-like Robot instead of a human. The customer can unlock the Robot with the help of a smartphone, and retrieve the food. The citywide fleet of robots is currently at 20, with three of them operating in the White Square area.

At a time when delivery needs are higher than ever, we're happy to announce that our delivery robot, Yandex.Rover, has begun autonomous deliveries for essential administrative workers in Russia's tech hub, Skolkovo https://t.co/hjFj0AxMpt

Moscow has witnessed a spike in demand for delivery services after the country went into a lockdown to curb the first wave of the pandemic. Tens of thousands of delivery couriers had kept the capital ticking during those testing times, frequently spotted wearing bright yellow or green overalls in Russia's capital city.

Yandex, sometimes described as Russia's Google, said it had started testing autonomous delivery robots in November last year. It has also started using them commercially in Innopolis, a tech district in Tatarstan region, it said. Dmitry Polishchuk, CEO of Yandex's Self-Driving Group, said demand for delivery services was constantly growing and that the pandemic had accelerated the trend.