An Odisha restaurant is making headlines for using two Indian made humanoid robots as servers. 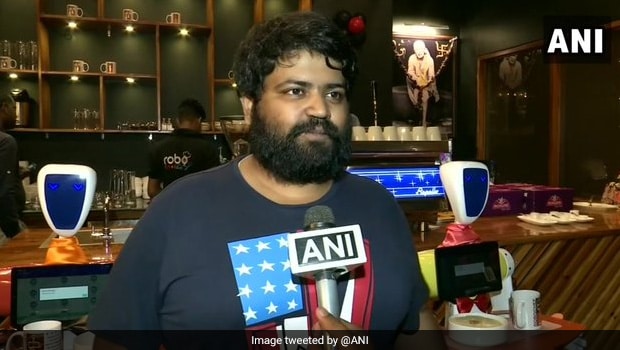 Automated and robotic restaurants have started cropping in various parts of the world. Restaurateurs are looking to make their service high-tech by incorporating smart technology to give the diners an out-of-the-box experience. This is because eating out is no more just about trying different types of cuisines but it's an overall experience made up by a great ambience, courteous servers and delicious food. Customers are ready to pay big bucks to experience something different. An Odisha restaurant is making headlines for using two Indian made humanoid robots as servers. The restaurant, called Robo Chef, is reportedly the first-of-its-kind in Bhubaneshwar and it also claims to be Eastern India's first robot restaurant.

Sharing details of his endeavour with news agency ANI, Jeet Basa, Owner said, "We have named these robots as Champa and Chameli. They are both made in India." He added, "The robots work based on radar and don't have a specified path. They function as per command, and can speak any language including Odia." A video of the robots serving food to customers was shared by ANI on Twitter and the short clipping has become quite popular.

Also Read: Robot Chef: Move Over Chef, Machines are Taking Over the Kitchen

#WATCH: Robo Chef, a first of its kind restaurant in Bhubaneswar, has robots to serve food to the customers. The restaurant currently has two robots. #Odishapic.twitter.com/OHfdjDlybM

Jeet Basa, Owner: We've named these robots as Champa & Chameli, they are made in India. We are Eastern India's first robot restaurant. The robots work based on radar & don't have specified path. They function as per command, and can speak any language including Odia. #Odishapic.twitter.com/OQ1DWO5ssh

Twitterati had a range of different reactions to this demonstration of futuristic service at the restaurant. While a lot of people lauded the unique use of technology by the restaurant, a number of others lamented about unemployment and loss of jobs for human servers. "Undoubtedly, a very great initiative. But, thinking about long term, already unemployment rate is high and if robots are going to occupy some jobs left, what are we going to do?", tweeted one user.

The robots can do much more than just serve food. According to the ANI report, they have a voice-operated system to greet the customers and welcome them inside the eatery. Basa said that the machines can also speak Odia and can wish the local customers in their own language. What do you think of this unique use of robots for serving food? Let us know in the comments section below!