Children obesity is a major concern across the globe. This study by researchers at Baylor University finds changing diet pattern to be more responsible for this lifestyle issue. 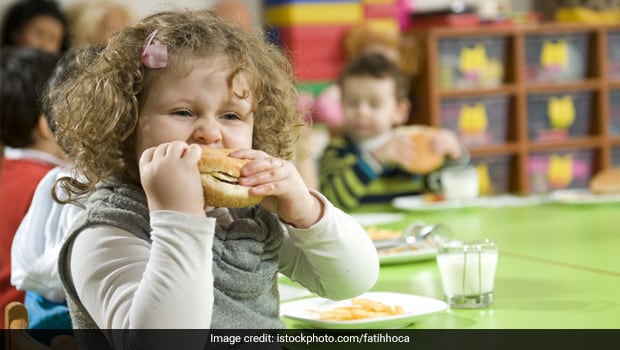 Obesity among children is rising at an alarming rate. According to the NCD Risk Factor Collaboration, the rate of obesity among children and adolescents has increased from 4 percent in the year 1975 to 18 percent in year 2016. In India, nearly 14.4 million children suffer from obesity, making the country home to second highest number of obese children in the world (after China). This increase in obesity today has become a major concern across the globe. As per health experts and nutritionists, unhealthy lifestyle, including fast-food diet and lack of physical exercise are to be blamed for this lifestyle-related disease. Both the factors are said to play equally important role in obesity.

However, a recent study found that it is the change in diet not the physical exercise that plays an important role in increasing body fat in children. Conducted by Baylor University, this study offers an insight into this global epidemic. According to the study, "variation in consumption of market-acquired foods outside of the traditional diet, but not in total calories burned daily" is reliably related to the body fat. The findings were published in The Journal of Nutrition.

The researchers collected data of 43 rural and 34 peri-urban school children. The data was based on their diet and energy expenditure.

According to the report, the result of the study stated:

"Our findings are in line with a growing body of research pointing toward poor diet being the most important factor underlying the development of childhood obesity," explained Samuel Urlacher, Ph.D., assistant professor of anthropology at Baylor University, CIFAR Azrieli Global Scholar and lead author of the study.

The researchers further stated that exercise is an absolute essential for healthy living. But diet increasingly appears to most directly related to long-term energy balance