The researchers claimed to have found a natural antioxidant in green tea that can fight and kill the antibiotic-resistant bacteria. 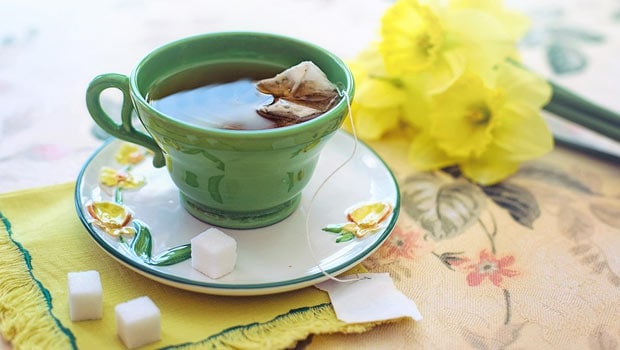 Tea lovers are gradually switching to green tea, which is a healthier option over caffeine-laden regular tea. Green tea is full of antioxidants and flavonoids that help in boosting the immunity and metabolism rate of the body. Drinking green tea is supposedly helpful in keeping diseases like heart ailments at bay and is also beneficial in losing weight. There's another glaring advantage of drinking green tea that has surfaced recently. According to a research conducted by the School of Veterinary Medicine at the University of Surrey, green tea can also help in building the body's responsiveness to antibiotic medicines consumed to treat infections.

Pseudomonas aeruginosa is a bacterial pathogen that causes serious respiratory tract and bloodstream infections and has become resistant to antibiotics over time. The researchers claimed to have found a natural antioxidant - epigallocatechin (EGCG) - in green tea that can fight and kill the antibiotic-resistant bacteria. The antioxidant has the ability to restore the activity of aztreonam, an antibiotic commonly used to treat infections caused by P. aeruginosa. The findings were published in the Journal of Medical Microbiology.

(Also Read: 7 Amazing Benefits of Green Tea: What Makes it So Healthy)

Lead author Dr Jonathan Betts, Senior Research Fellow in the School of Veterinary Medicine at the University of Surrey said, "Antimicrobial resistance (AMR) is a serious threat to global public health. Without effective antibiotics, the success of medical treatments will be compromised. Natural products such as EGCG, used in combination with currently licenced antibiotics, maybe a way of improving their effectiveness and clinically useful lifespan."

The researchers carried out some vitro tests to assess the synergy of EGCG and aztreonam and how they reacted to the bacterial pathogen separately and in combination. They discovered that the pairing of aztreonam and EGCG was more effective at fighting P. aeruginosa than tackling it individually.

Professor Roberto La Ragione, Head of the Department of Pathology and Infectious Diseases in the School of Veterinary Medicine at the University of Surrey concluded, "The World Health Organisation has listed antibiotic-resistant Pseudomonas aeruginosa as a critical threat to human health. We have shown that we can successfully eliminate such threats with the use of natural products, in combination with antibiotics already in use."