7 Amazing Benefits of Green Tea: What Makes it So Healthy 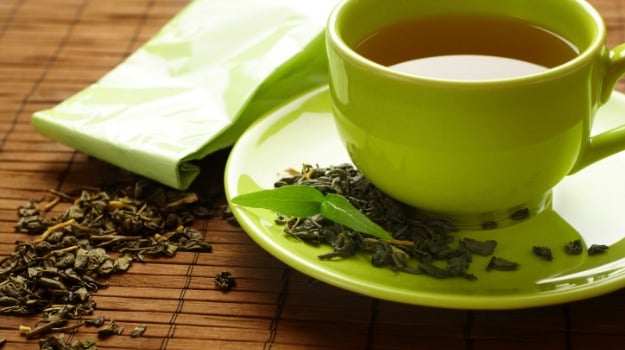 Nothing can soothe our body, mind and soul as well as a hot cup of green tea. For quite a long time, green tea consumption was associated with Asians until recently when its production and consumption turned into a global phenomenon. Green tea consumption has great health benefits as well. It is believed that sipping on green tea cleanses, heals and rejuvenates our body from within.

1. Green tea is loaded with antioxidants, polyphenols and flavonoids that not only boost immunity but also protect us against cough and flu.

4. It facilitates weight-loss and promoted digestion.

5. According to Harvard Health Publications, "Studies have found an association between consuming green tea and a reduced risk for several cancers, including, skin, breast, lung, colon, esophageal, and bladder. Additional benefits for regular consumers of green and black teas include a reduced risk for heart disease. The antioxidants in green, black, and oolong teas can help block the oxidation of LDL (bad) cholesterol, increase HDL (good) cholesterol and improve artery function. A Chinese study published recently in the Archives of Internal Medicine showed a 46%-65% reduction in hypertension risk in regular consumers of oolong or green tea, compared to non-consumers of tea."


How Much is Enough?

University of Maryland, Medical Centre suggests, "Depending on the brand, 2 to 3 cups of green tea per day (for a total of 240 to 320 mg polyphenols) or 100 to 750 mg per day of standardized green tea extract is recommended. Caffeine-free products are available and recommended."

Production and consumption of green tea date back to centuries and is believed to have started with the Chinese. China is the world’s largest producer of green tea, followed by Japan, Vietnam and Indonesia. Together, China and Japan produce some of the most popular and finest quality of green tea cultivars including the Chinese Gunpowder, Dragonwell, Snowy Mountain Jian and the Japanese world famous Matcha, Sencha, Kukicha and many more.

For the Perfect Cup of Tea

Most people may not bother about the nuances associated with making a perfect cup of tea, but for a few it makes a difference. When it comes to green teas, most prefer to immerse a tea bag in a cup of hot water and let it brew for a few minutes to develop the flavour. Traditionally, the harvesting, brewing and consumption of green tea itself is nothing short of a ritual. There are many varieties that are grown exposed to sunlight whereas some cultivars are grown under shade with lots of care.

Many cultures are known to brew their green teas in brazen, metal pots, whereas in some parts of the world, china pots are preferred. The Chinese like to pan-fire, oven-dry or sun-dry their cultivars which render a spell-binding, earthy flavour to their varieties. Japanese on the other hand, steam their teas, which infuse a light, fresh and refreshing flavour and aroma.

A large number of health-conscious people struggle to switch from traditional tea (the beloved masala chai with milk and sugar) to green tea. What’s the reason? The taste – most tea drinkers are used to strong flavours in their teas and are unable to adjust to green tea’s mild bitter taste, despite knowing the benefits of drinking it.

"As an active green tea advocate, I am often bombarded with questions of what to add to green tea to provide a familiar taste. Example: should I add sugar or milk? I am used to ginger in my tea so can I add it to green tea? I drink my tea with tulsi, so will adding tulsi leaves negate the health benefits of green tea? So on and so forth," says Dolly Kumar, Director of GAIA Good Health.

"While I always recommend drinking non-flavoured green tea because of its purity and well-known health benefits, it’s not always easy for people with rigid tea drinking habits to do so. This is why, traditional tea drinkers who have problems adjusting to the taste should switch to flavoured green tea first," adds Dolly.

The Dos and Don’ts

- Teas that are of superior quality should not be brewed for longer or at high temperatures. They can be brewed at short intervals of 30 seconds, each at low temperature.

- The varieties that rank under the best types can be brewed for a longer time – 2 to 3 minutes – at a high temperature.

- Over-brewing should be avoided as it will result in giving a bitter taste to your brew.

- The pot to be used for brewing should be mildly heated beforehand for best results.

- The ideal mix: Every 100 to 150 ml of water should have two grams or one heaped teaspoon of green tea.

So how is green tea different from an Oolong, a white tea, a red bush tea or for that matter other herbal teas? Fret not, for we shall simply it for you. In simple words, all teas come from a plant called Camellia Sinensis – which has its own different varieties. The harvesting and processing of leaves procured from the plant determines the kind of tea it will yield. The more the leaves are oxidized, darker will be the colour with a stronger taste. White tea is the least oxidized, followed by green and of course black tea which is oxidized for the longest.

Oxidisation means letting the tea leaves dry. Tea leaves first go through a process of hand or machine-rolling to initiate the release of essential enzymes after which they are left to dry and oxidise.

Herbal teas on the other hand are made of herbs, spices and dried fruits. So, your jasmine tea, chamomile tea, cinnamon infused teas and the like will fall under this category. These don’t have any tea in them and are thus caffeine free. However there also exist tea blends which may have a blend of different tea varieties along with herbal ingredients like spices, herbs, etc.

(Chai Time: The Best Way to Have Different Types of Tea)

Listen to the latest songs, only on JioSaavn.com
Kahwa is a kind of green tea preparation popular with the people of Central Asia, Afghanistan, Pakistan as well as India. In India, it is commonly available in Kashmir valley; however a similar version is also brewed in the Northern Malabar region of the country.

It is prepared with special kahwa leaves along with an aromatic addition of cinnamon, saffron, honey, cardamom as well as almonds. The traditional preparation would make use of a brass vessel known as samovar which has a pit in the centre with burning coal. Water is added and left to boil to which kahwa leaves along with other ingredients are added. Kahwa is traditionally a post-meal drink, which is also believed to be studded with health benefits.

Comments(How to make Kahwa at home)