Migraine Diet: How Much Coffee Is Too Much? New Study Reveals

A new study has said that drinking excessive caffeine in the form of coffee may increase risks of migraine in drinkers. 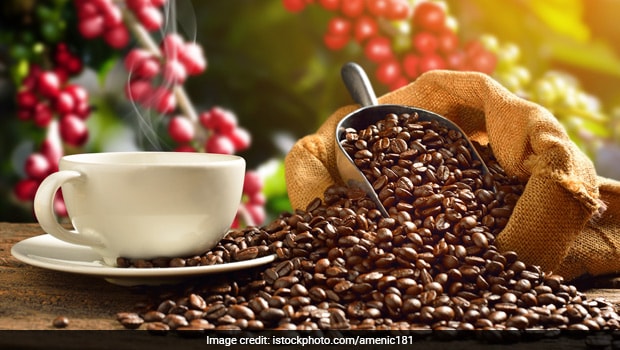 Migraine: Coffee and other caffeinaed beverages must be consumed with caution

Migraine is a condition characterised by recurrent headaches that vary in intensity from moderate to severe. Other symptoms of the disease include nausea and an increased sensitivity to light and sound. Certain hormonal changes, stress, exercise and some foods and drinks act as triggers of migraine headaches in sufferers. A new study has said that drinking excessive caffeine in the form of coffee may increase risks of migraine in drinkers. The study has indicated that consuming three or more servings of the caffeinated beverage may be linked with increased incidence of migraine. Earlier research has also linked this popular caffeinated drink with risks of migraine.

The study was published in the American Journal of Medicine and it looked at the potential role of coffee and other caffeinated beverages as a trigger for migraine. For the study, researchers asked 98 participants with episodic migraines to fill out electronic diaries recording their intake of caffeinated beverages like tea, coffee, soda, energy drinks and their servings in the morning and in the night. They also recorded whether or not they experienced headaches, as well as the intensity of these headaches and their onset and their duration, and finally the medication used. Participants also revealed other common triggers for migraines including sleep patterns, menstrual cycle, psychological stress, alcohol intake, physical activity, depressive symptoms etc.

The researchers found that intake of one or two servings of coffee and other caffeinated beverages was not associated with headaches on the same day or the following day. But three or more servings of these drinks increased the odds of migraine episodes either the same day or the following day. "While some potential triggers - such as lack of sleep - may only increase migraine risk, the role of caffeine is particularly complex, because it may trigger an attack but may also help control symptoms, caffeine's impact depends both on dose and on frequency," said Elizabeth Mostofsky from Harvard University.

She added by saying, "One serving of caffeine is typically defined as eight ounces or one cup of caffeinated coffee, six ounces of tea, a 12-ounce can of soda and a 2-ounce can of an energy drink. Those servings contain anywhere from 25 to 150 milligrams of caffeine, so we cannot quantify the amount of caffeine that is associated with heightened risk of migraine. However, in this self-matched analysis over only six weeks, each participant's choice and preparation of caffeinated beverages should be fairly consistent."