Sonali Bendre is one such celebrity who unabashedly indulged in some delicious sugary treats without an ounce of guilt. Check out her post! 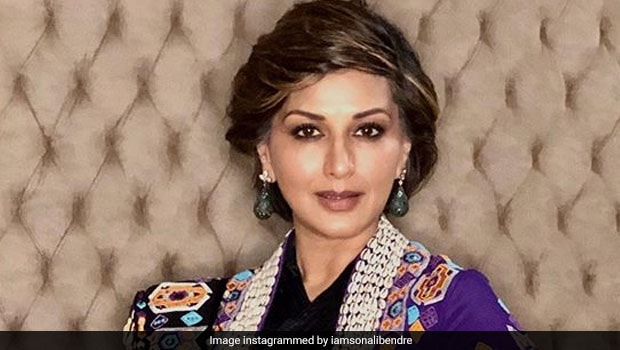 Sonali Bendre's cheat day was truly all about indulgence and decadence.

When it comes to eating healthy eating and dieting, every celebrity has their A-game on. Very few celebrities actually let their hair down when it comes to bingeing and eating what they love. We keep seeing glimpses of some or the other celebrities just letting go of all diets and fitness fads and really going for what they love to eat - be it cheesy or chocolatey. Sonali Bendre is one such celebrity who unabashedly indulged in some delicious sugary treats without an ounce of guilt. Take a look:

The actress took to Instagram to share a video of herself eating some delectable desserts. She had a plate of what seemed to be a velvety cookie sandwich, with ice cream or cream cheese in the middle. Sonali Bendre took a small mug of decadent molten chocolate and poured it all over the cookie sandwiches. Her expression was that of utmost glee, as she looked at the sumptuous dessert with stars in her eyes. After pouring the liquid chocolate, she pretended to eat the chocolate directly from the mug, but then put it aside and laughed.

The video went viral on social media, with people commenting from all fronts. Celebrities such as Sophie Chaudhury also shared their emotions in the comments section of the post. Producer-director Tahira Kashyap also commented on the post, asking Sonali Bendre what she was having and whether she could take a bite of it. Check it out:

Sonali Bendre is not only about the guilty indulgences, the actress has quite the taste for healthy food too! Twinkle Khanna had begun the 'Dabba challenge' on social media, asking celebrities to share the healthy recipes from their dabbas. Sonali Bendre had participated in it too, sharing a recipe of a home-made Maharasthrian Sabudana Khichdi made with sweet potato instead of Sabudana.

We hope Sonali Bendre shares more such foodie updates from her life for us to enjoy!