Restricted Eating May Motivate You To Exercise: Study

Limiting access to food might give a rise to the level of hormone - ghrelin - which can motivate you to indulge in physical activities. 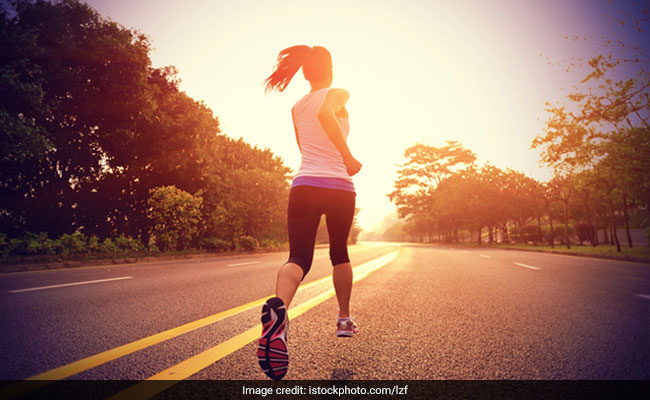 If you thought that only overeating can trigger guilt and prompt you to exercise to lose excess weight, you may not be entirely right. If the findings of a new research are to be believed, limiting mealtimes may increase motivation for exercise. The study, published in the Journal of Endocrinology claims that limiting access to food might give a rise to the level of hormone – ghrelin - which can motivate you to indulge in physical activities and work out. Ghrelin, also called 'hunger hormone', is known to stimulate appetite by regulating the brain reward circuitry. The hormone also plays an active role in improving endurance during exercising by promoting metabolism of the body that helps in fulfilling the body's requirement of energy on long period of workout.

Some previous studies have hinted at the existence of a link between ghrelin and exercise, but it was never clear if the hormone levels had a direct impact on motivation to exercise.

"Our findings suggest that hunger, which promotes ghrelin production, may also be involved in increasing motivation for voluntary exercise when feeding is limited. Therefore, maintaining a healthy eating routine, with regular mealtimes or fasting, could also encourage motivation for exercise in overweight people," said author Yuji Tajiri from the Kurume University in Japan.

Limited mealtime or intermittent fasting can help with weight loss

The research team carried out the study in mice to establish the relationship between exercise and the hormone levels. The mice were divided into two groups. One group was given free access to food and the other one was fed only twice a day for a limited time. Then, food intake and wheel-running activity were compared in the mice. It was discovered that although both the groups consumed a similar amount of food, the restricted mice were more physically active. Mice genetically altered to have no ghrelin and on the restricted feeding diet, ran less than the mice which were given free access.

These results suggest that better diet control, including limiting food intake to mealtimes or fasting intermittently, could help overweight or obese people follow a more effective workout regime to lose weight and protect themselves from heart ailments and other diseases like diabetes.