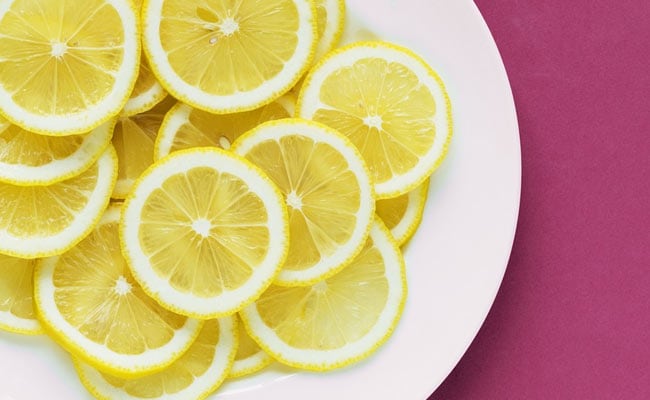 Lemon fragrance can change perception of your body image

Lemon is one of the few foods that are omnipresent in all the kitchens and can be consumed in various forms. Lemon adds a distinct zingy flavour and a refreshing tinge in any dish or drink it is added to. Salads, curries, iced tea or plain old lemon soda water, lemon's uses in culinary world are unlimited. Adding to the already expansive list of lemon's benefits, here's another interesting fact about lemon you probably didn't know. Lemon is already prized for its ability to bring about weight loss. And, even before you start to sip on a glass of lemon water or pick you fork to dig into a lemon-based meal, you might not realise that lemon already started its job to make you feel lighter the moment you took a whiff of your drink or meal.

That's right, lemon scent has the ability to make you feel lighter and thinner, says a recent study presented at the 17th International Conference on Human-Computer Interaction (INTERACT 2019). Study lead by author Giada Brianza from the University of Sussex said, "Our study shows how the sense of smell can influence the image we have in our mind of our body and on the feelings and emotions towards it."

(Also Read: Is Too Much Lemon Juice Bad For Your Health? Here's The Answer!)

Lemon is an excellent food for weight loss

For the research, two experiments were carried out using the fragrance of lemon as well as vanilla. In the first study, participants sat at a computer screen while olfactory stimuli were delivered and were then asked to rate the perceived scent using a Visual Analogue Scale comparing it to different types of body silhouettes. In the second study, participants were asked to walk on the spot while olfactory stimuli were released and then asked to adjust the size of a 3-D avatar using a body visualisation tool according to their perception of themselves.

(Also Read: 10 Amazing Lemon Benefits: Why You Should Squeeze It In Your Food)

The researchers discovered that the smell of lemon made the participants feel lighter and thinner while the smell of vanilla made them feel heavier. So, a meal or a drink with lemon as the main ingredient can improve people's physical appearance by shedding extra weight and can also improve their mental image of their body, boosting their self-esteem.