It was some social media users who brought the Instagram page into her notice and she found out only when she started following it. 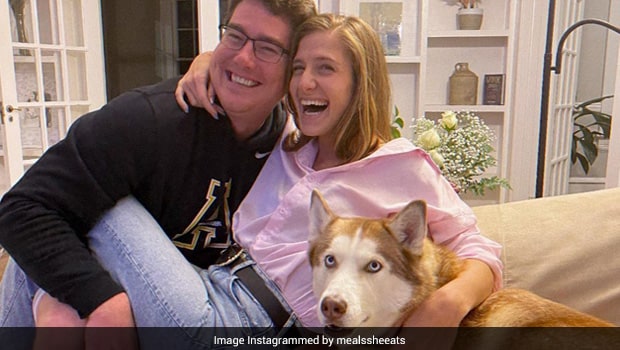 For a long time, Tom impressed his wife with some creative recipes. Wife Rachael Sullivan was surprised to find out that Tom documented all the recipes and shared on his secret Instagram page! He even described each recipe, relating it to his wife. Isn't it sweet!? It was some social media users who brought the Instagram page into her notice and she found out only when she started following it. Rachael was taken aback to see all those recipes of meals her husband had cooked for her over the past one year. He shared it with the world and she didn't have a clue.

"Rach calls this her lovely little bowl of oats," Tom refereed to Rachel in one of his recipe post of rolled oats mixed with strawberries, dairy free yogurt, flaxseed, pumpkin seed, sunflower seeds, walnuts and cashew butter. More recipes and descriptions like these featured on Tom's page.

According to reports, Tom has been cooking for past many years. In an interview, he revealed that he used to read recipes and combine them with his own ideas to make something unique for his wife. It all started as a way of keeping a record of these innovative recipes.

Another one of his recipes of dates and bacon tacos was made for Rachel to feel better at the end of her ovulation phase. Tom wrote - "Rach was ending her ovulation phase and starting the luteal phase (see chart post), so we ended up creating two taco combinations that incorporated 7 foods from the list and it turned into a surprisingly sweet and savory meal! Super easy & can also be great appetizers as well."