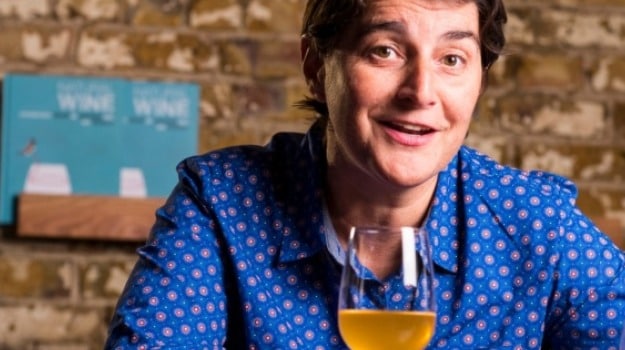 Modern winemaking has become a highly industrialised process – but a growing band of producers are going back to basics. The resulting wine is shocking: vibrant, earthy and alive.

‘You have,” says Isabelle Legeron, “to forget all you know about wine.” She pours two glasses of 2011 malvasia secca, produced by the Italian natural winemaker Camillo Donati. “Look at this one: it is all we are told a wine shouldn’t be – orangey, cloudy, fizzy, tannic. But …” (she sips) “delicious.” She is not wrong. Legeron, the indomitable daughter of a Cognac winemaker and the first French woman to become a Master of Wine, is on a mission: to persuade wine drinkers that the highly processed, heavily controlled, additive-infested stuff we usually drink is not what wine should be at all.

And she is making progress. The natural wine movement (there is, as yet, no formal certification system, but the term is generally taken to mean wines produced not just organically, but without intervention) is growing. In Paris, a dozen wine bars, many in the 11th arrondissement (“Paris’s Shoreditch-Islington-Hackney equivalent”, says Legeron) now specialise in “vins naturels”; the very best of these wines are so sought-after that retailers and restaurants can often be restricted to a single bottle. The US and Britain are following Italy and France’s lead. Californian producers are making their own. In London, more than 20 restaurants – including Elliot’s at Borough Market, Terroirs near Trafalgar Square and the two Michelin-starred Hibiscus in Mayfair – have been serving natural wines for a few years. Legeron and her partner, Deborah Lambert, also organise RAW, London’s highly successful natural wine festival that this year drew 150 producers from 25 countries.

Wine, Legeron argues, should really be what it once was: the fermented juice of grapes, with nothing else added. It tastes rather different, certainly, but “We’ve been very formatted in terms of what wine should taste like. And it’s a recent thing.” Modern winemaking, she explains in her recently published book on natural wines, developed in parallel with the industrialisation and intensification of agriculture. Sulphites, for example, long used to cleanse barrels, have been widely added directly to wine – as an antioxidant, and to eliminate wild yeasts, bacteria and microbes, allowing producers to precisely control the style of their wines – only since early 1900s.

They are not the only permitted additives: in the EU, winemakers can and do use up to 70 groups of products, ranging from eggs and milk through lab-bred yeasts, powdered tannins, phosphates and peroxides to animal derivatives such as casein and trypsin, an extract from the pancreas of pigs or cows. Advanced technological processes such as micro-oxygenation, cryo-extraction and reverse osmosis now allow makers to alter the alcohol content, and even remove specific flavours. In the vineyard, meanwhile, the full array of pesticides, herbicides and anti-fungals have created an environment “with less biodiversity than your average desert”. Everything, says Legeron, as we sip her remarkable – part elderflower juice, part zingy cocktail – malvasia secca, “in the name of consistency. Uniformity, reliability, control.” And commercial imperatives: “It is easier, more predictable, and you make more money. Wine, though, is a product of nature, and it should be made naturally.”

Through the onward march of industrialisation, Legeron explains, as we move on to a deep, opulent, smoky, almost honeyed pouilly-fumé (nothing – and I mean nothing – like a sauvignon blanc, which is nonetheless what it is) from a young French grower called Alexandre Bain, a handful of recalcitrant growers, mainly in France and Italy, held out. They are steadily being joined by more – conventional winemakers disillusioned by what they are doing, or mid-life career-changers. “It is still only a tiny percentage of the total – let’s not get carried away,” says Legeron. “The wine trade is a long way from embracing this. But people who are interested in real flavours, in provenance, in purity, are going for it. And people who care about the environment: with so many conventional wines, the grapes are grown completely unsustainably.”

We move on to the red: Huasa, a fabulous, dense, complex affair made by another young French natural grower, Louis-Antoine Luyt, in Chile, from 300-year-old país vines. The grape was planted by Spanish settlers, but abandoned by Chile’s modern conventional winemakers for more fashionable – and lucrative – varieties such as cabernet sauvignon or merlot. “That’s one of the things about natural wines,” says Legeron. “We’ve got stuck on grape variety as the identity of a wine. That’s very reductive: for me, the identity is far more about the terroir that produces it, and actually the people who make it. It’s a labour of love.”

Although Legeron says she doesn’t know any natural winemaker who is “making real money”, labours of love do not come cheap. Few natural wines cost under £10-12 a bottle, and many are twice that (Bain’s remarkable pouilly-fumé, for example, retails at around £20). Perhaps the greatest difference, Legeron concludes, is that in a conventional wine, “The bulk of the work comes after the harvest, in the production process: how much of this you add, how much of that you do. With a natural wine, it’s in the farming. It is the 11 months before the grapes are picked that matter; get those right and the wine makes itself.”

The wines Legeron shared with me were, certainly, very different from what we’re accustomed to drink: vibrant, earthy, noticeably alive (which, quite literally, is what they are: they contain living bacteria). They come, at first, as a bit of a shock. But once you start, it is hard to go back.

“A conventional wine … You know,” says Legeron, “it’s a sterile, inert beverage. The life has been chemically neutered and filtered and squeezed all the way out of it. A natural wine preserves the life in a vineyard; it preserves the life of the people who helped to make it – right through to the glass. There you have it: life, in a glass.” And it doesn’t even leave you with a headache.