Poverty, not Gluttony, is the Cause of Obesity | Barbara Ellen 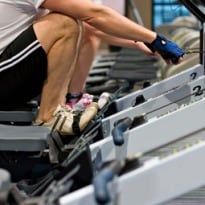 Headlines blaring that obese people were to be paid to lose weight with cash, vouchers, or "prizes" turned out to be misleading. This was part of a complex NHS five year forward view plan and "paying the obese" mainly rested on challenging UK businesses to incentivise their own employees. The government would not be paying obese people to lose weight any time soon. Then again, why not?

If you've ever doubted how much obese people were bullied, all you have to do is watch out for the sanctimonious uproar any time there is a move to help them. It was evident earlier this year with the news that qualifying levels for bariatric surgery would be lowered and again now. Even though it's becoming obvious that long-term obesity and attendant health issues are an NHS time bomb, the fat-haters still demand their right to abuse, censure and offer numbskull advice ("Eat less, move more" is a perennial favourite and must be so helpful to people weighing 25 stone).

The main thrust is that people need to take responsibility for their weight, which is true, but only to an extent. Those pesky grey areas do insist on popping up, such as the (still) little-heralded area of economics - the fact that for many mired in obesity "slim and healthy" costs money they simply don't have.

Recently, there was a study about how eating healthily now costs three times as much as it would have done 10 years ago, but food prices are far from the only issue. For the purposes of this article, let's boil it down to money, more specifically, disposable income. Just for a change, let's stop obsessing about impoverished obese people and their alleged heaving KFC buckets and look at some of the expensive lengths better-off people go to in the pursuit of "slim".

Personal trainers, gym memberships, exercise classes, slimming clubs, home gym equipment, running gear, yoga gear, gym gear, (whatever the gear!), dieticians, nutritionists, diet food delivery services, electronic wristbands, books, DVDs, downloads, vitamins supplements. The list is endless before you even get to the food, because what says healthy more than a "simple peasant stew" made from an organic seasonal veg box, which is far beyond the reach of an ordinary family's food budget?

There will always be some tedious blow-hard insisting that all they do to keep fit is run up and down on the spot, wearing their old school plimsolls - these people really should shut up. Most would concede that fitness, or regaining fitness, is an expensive and complicated business. Despite this, your average middle-class professional would probably argue that they need all this help to keep in shape. Fair enough, but then why criticise overweight people who couldn't dream of affording it?

Put another way, why do a certain class of people feel that it is perfectly reasonable for them to require expensive, sustained, multilayered help to keep fit, but all they have for less moneyed overweight people, is contempt, judgment and "eat less, move more"? What makes one person's weight loss so much more righteously complicated than the next person's?

In this context, there's nothing particularly idiotic about helping less well-off people have access to help, be it in the form of supermarket vouchers for better quality food or significant money-off memberships for gyms or slimming clubs. Far from "paying the obese", this would be going some way to redressing the imbalance between rich and poor, where regaining fitness is concerned, which presently is all but ignored. It would be a long overdue acknowledgement that there is a very strong economic factor present not only in weight-related problems, but also in the hard slog of rectifying them. While generally people become overweight for the same reasons, some stay that way because of factors beyond their control.

No tattoo, miss? That's quite sinister

There appears to be an anti-tattoo feeling in the air. Trainee teacher Charlotte Tumilty was sent home from a placement at a school in Hartlepool because her neck, fingers and arms were covered in tattoos. The school insisted that she cover them up with sticking plasters and bandages, which Ms Tumilty rightly argued would look ridiculous. What a farce.

I've never wanted a tattoo - I don't think I'd suit life as an "illustrated woman". I'd also be worried about what happens when you get older, and you'd end up walking around Sainsbury's frozen section with a sad shrivelled inking on your chest, looking like an old crumpled copy of 2000AD. As for what you'd look like naked, let's forgo all the obvious jokes about "vintage prints" and just not go there.

However, why would anyone be disturbed or outraged by them, or not want their children taught by tattooed people? If anything, I'd have thought that children would be positively enraptured by someone's tattoos.

While people probably have to pay some mind to jobs in their future, and accept they won't be young festivalgoers rocking Glastonbury forever, it still doesn't seem fair that their tattoos should present a lifelong problem. There are many ways for an individual to adorn themselves distinctively, and tattoos are just one. So why should people who sport them be targeted?

Arguably, tattooed people could be a safer bet than the Average Joe or Josie. When people wear all their oddness and eccentricity on the outside, there's a better than average chance that they're not concealing anything dark or sinister on the inside. It's all already on show.

It's the ultra-normal, conservative, stiff types you have to watch out for - those are generally the people who have something to hide.

Why so quick to put the boot into Taylor Swift?

Taylor Swift has a new album out, 1989, so it must be Taylor-bashing time again. Oh goody! Should I fetch the baseball bat? Just to be original, let's have a go about how she only writes about herself and her former loves, such as Harry Styles from One Direction. Olly Murs recently criticised Swift about this, but this doesn't mean that the rest of us can't pile in and give her the critical kicking she deserves. I mean, drawing from one's own life and putting it into song - who does that?

Excuse me for being facetious, but increasingly I fail to see why this young female songwriter is singled out for sustained abuse over this particular issue. You don't see people jumping all over whiny, "broken-hearted", male singer-songwriters such as Ed Sheeran. Bob Dylan wasn't stuffed into a "stalker-saddo" box and kept there for the rest of his career, when he wrote Just Like a Woman and Leopard-Skin Pill-box Hat about Edie Sedgwick.

First-person narratives drawn from real emotional life may not be what you want from pop music, but this doesn't mean that Swift should receive any more criticism or typecasting than the next performer.

It's not easy for people who can't get to a gym. Photograph: Alamy