The Treatment Isn't Always the Cure 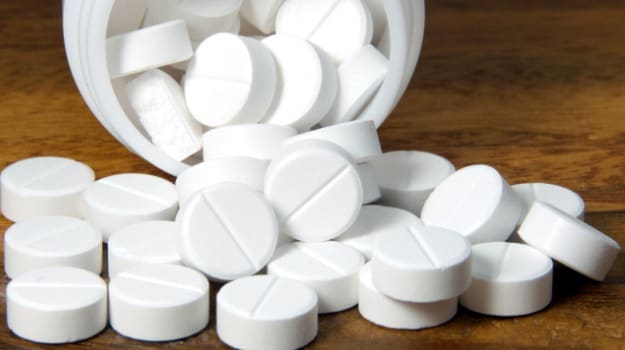 In his State of the Union address last week, President Barack Obama encouraged the development of "precision medicine," which would tailor treatments based on individuals' genetics or physiology. This is an effort to improve medical care's effectiveness, which might cause some to wonder: Don't we already have effective drugs and treatments?

In truth, medical care is often far less effective than most believe. Just because you took some medicine for an illness and became well again, it doesn't necessarily mean that the treatment provided the cure. This fundamental lesson is conveyed by a metric known as the number needed to treat, or NNT. Developed in the 1980s, the NNT tells us how many people must be treated for one person to derive benefit. An NNT of one would mean every person treated improves and every person not treated fails to, which is how we tend to think most therapies work.

What may surprise you is that NNTs are often much higher than one. Double- and even triple-digit NNTs are common. Consider aspirin for heart attack prevention. Based upon both modifiable risk factors like cholesterol level and smoking, and factors that are beyond one's control, like family history and age, it is possible to calculate the chance that a person will have a first heart attack in the next 10 years. The American Heart Association recommends that people who have more than a 10 percent chance take a daily aspirin to avoid that heart attack.

How effective is aspirin for that aim? According to clinical trials, if about 2,000 people follow these guidelines over a two-year period, one additional first heart attack will be prevented. That doesn't mean the 1,999 other people have heart attacks. The fact is, on average about 3.6 of them would have a first heart attack regardless of whether they took the aspirin. Even more important, 1,995.4 people would never have a heart attack whether or not they took aspirin.

Of course, nobody knows if they're the lucky one for whom aspirin is helpful. So, if aspirin is cheap and doesn't cause much harm, it might be worth taking, even if the chances of benefit are small. But this already reflects a trade-off we rarely consider rationally. (And many treatments do cause harm. There is a complementary metric known as the number needed to harm, or NNH, which says that if that number of people are treated, one additional person will have a specific negative outcome. For some treatments, NNT can be higher than the number needed to harm, indicating more people are harmed than successfully treated.)

Not all NNTs are as high as aspirin's for heart attacks, but many are higher than you might think. A website developed by David Newman, a director of clinical research at Icahn School of Medicine at Mount Sinai Hospital, and Dr. Graham Walker, an assistant clinical professor at the University of California, San Francisco, has become a clearinghouse of NNT data, amassed from clinical trials. Among them, for example, are those for the effects of the Mediterranean diet.

The Mediterranean diet, which is heavy in vegetables, fruits, nuts and olive oil; moderate in fish and poultry; and light in dairy, meat and sweets, has long been advocated as a means to avoid heart disease. In people who have never had a heart attack, but who are at risk, the NNT is 61 to avoid a heart attack, stroke or death. And that is for people who adhere to the diet for about five years.

For those at higher risk, who have already had a heart attack, to avoid one additional death, the NNT is about 30. That's the number of people who would have to adhere to the diet for four years so that one extra person survived. About 1.4 people out of 30 such people will die no matter what they eat; 27.6 will not die no matter what they eat. Only one will benefit from sticking to the diet.

But it's not easy for everyone to stick to such a diet for that many years. Some - for example, those who enjoy steak and ice cream - will feel that it diminishes their quality of life. When you hear that the diet prevents heart attacks, then it might sound worth it. But does it still sound worth it when you consider that 29 out of 30 people who stick to the diet for several years see no benefit at all? Will you stick to it for years and be the lucky one for whom that matters?

As treatments go, an NNT of 30 is pretty good. Very few are as low as 10, though some are. For instance, the use of steroids in people having asthma attacks to prevent admission to the hospital has an NNT of eight. This is so obvious, and so powerful a treatment, that there are no commercials and no op-eds preaching steroid use for asthma. (Maybe there should be. It's likely that this therapy is being underutilized, perhaps because cost-sharing discourages some people with asthma from seeking care when they might need it.) Steroids work very well for asthma attacks - better than many treatments for other conditions. But still, 7 of 8 people suffering an asthma attack see no benefit at all from steroids with respect to preventing hospitalization.

Even more concerning, NNTs as calculated from clinical trial data are probably lower than those based on real-world medical care. In clinical trials, treatments are applied to a select population for whom they're intended. In medical practice, it's very common for treatments to be applied to a much broader population, including many people for whom they're less likely to be effective, which increases the NNT. This is, perhaps, because doctors would rather offer an explicit treatment - perhaps to harness a placebo effect - even when it's not likely to be of additional benefit.

In fact, as recently reported in The Times, a new study showed that many people who are prescribed aspirin for the primary prevention of cardiovascular disease don't meet the criteria described above for its use. Because of this use in a population beyond that targeted in clinical trials, the NNT in practice is most likely higher than the 2,000 suggested by those trials. (It's worth noting that our best estimates of NNTs can rise or fall as more data are collected and as treatments or how or to whom they're delivered change.)

Antibiotics are a classic example of overuse. For instance, the NNT for antibiotics to treat radiologically diagnosed acute sinusitis is 15, meaning that 14 out of 15 who take them derive no benefit. But physicians often write prescriptions for antibiotics in situations when the diagnosis of sinusitis is far less assured. This leads to antibiotics being overprescribed and overused, raising their NNT in practice.

Until health care technology improves, there's not a lot we can do about NNTs that are larger than we might hope. It's just a fact of current medical technology that not everyone benefits from treatment, even when well targeted. Obama's push for "precision medicine" is an attempt to change this, by using genomics to focus treatments on people who would most benefit from them. That will take time.

In the meantime, we would all be better served by a more informed understanding of exactly how much, or how little, benefit is reasonably to be expected by taking a drug, changing our lifestyle or undergoing a procedure. Especially since the chance of benefit, as expressed by NNT, might not be worth the risk of harm, as expressed by NNH.