What's Cooking in the Dak Bangla? 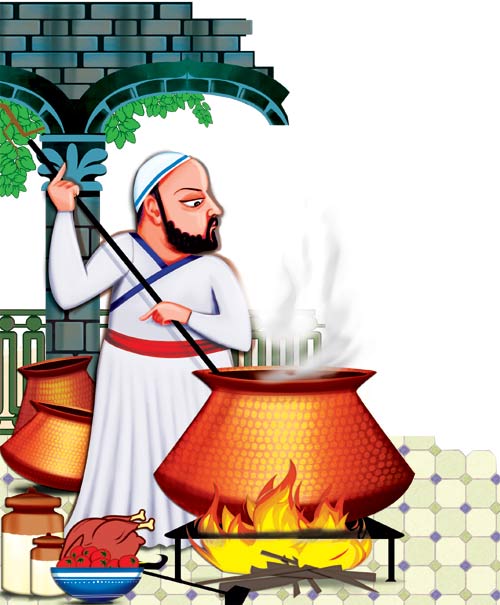 Dak Bungalow (or Bangla) cuisine, sadly, is a near-forgotten culinary treasure that survives among a few remaining khansama families and Anglo Indian households. Rajika Bhandari's The Raj on the Move retraces some of these flavours from sooty kitchens served for the 'Sahib' and the 'Mem'

One was a dish called 'Country Captain'. It is also a dish that has travelled the globe and has thus taken on many different forms: some globetrotters report consuming a dish called General Chicken at a Chinese restaurant, only to discover that it was indeed an unmistakable close cousin of the Indian Country Captain curry. In its very basic form, it is a curry or stew of chicken, enhanced with turmeric and chillies and bread, if any was available. Butter was not easily available, and in its place the cook was quite likely to offer the unsuspecting guests some red-currant jelly in a little bottle that has formerly contained pomade for the hair.

Caramel custard, or 'custel brun' as it was known among Indian servants, was to become another staple of the dak bungalow dining table because of the easy availability of eggs and milk. Like 'sudden death', it too acquired a nickname -- '365' -- because it was served almost everyday of the year, or so it appeared. Some English travellers banned the dessert at home because they were forced to have more than their fill of it while staying at dak bungalows and eating at railway stations.

But some inspired cooks went above and beyond, experimenting with known techniques and inventing a repertoire of dishes unique to the menu a traveller could expect at these bungalows. Famed khansamas such as Bernard of the Bilaspur Circuit House and Peter of the Krishnaghur Dak Bungalow, who learnt to prepare a hybrid Anglo-Indian cuisine, offered up memorable dishes that could almost border on sublime. One such dish and a star of Anglo-Indian cuisine was the delectable chicken cutlet that survives to this day and has taken on many variations, ranging from vegetarian to mutton and paneer cutlets.When Lady D'Urban, the wife of Sir Benjamin, the former governor of Cape Colony, became gravely ill during her stay at the Cape of Good Hope in 1840 and was unable to consume the average meat dish, an ingenious Bengali cook from India accompanying the group came up with a 'delicate little chicken cutlet' that was at once easily digestible and delicious, so much so that the Lady consumed nothing else for the next several days.

Cut up in the usual way an ordinary curry chicken. Warm the ghee and fry the sliced onions, which when brown set aside; fry the ground turmeric and chillies, then throw in the chicken and salt, and continue to fry, stirring the whole until the chicken is tender. Serve it up, strewing over it the fried onions.
Source: The Indian Cookery Book, 1948

Method:
Prick the chicken all over then rub with the salt and lemon juice well into the skin. Set it in a bowl and let it marinate for an hour.
Place the ginger, garlic, chillies, turmeric, yoghurt and garam masala in a food processor and process to a puree.
Pour this puree into a plastic bag and place the chicken in the bag as well. Fasten the bag securely and shake it until the chicken is well covered with the marinade. Refrigerate it for 4-5 hours, or even overnight.
Preheat the oven to 375 degrees F (190 degrees C, gas mark 5).
Using either a wok or a saucepan large enough to take a whole chicken, melt the ghee over high heat.
Drain the chicken from its marinade, reserving any left over, and brown the bird on all sides in the wok. Use a pair of wooden spoons or tongs to turn it.
Do not pierce it with a fork. Now place the chicken in a baking pan and pour the ghee remaining in the wok over it.
Let it bake in the oven for 30 minutes, loosely covered with a piece of foil.
Half-way through the baking time, spoon any remaining marinade over the chicken, and then baste it with the juices and ghee in the bottom of the pan.
Serve hot or cold.

Listen to the latest songs, only on JioSaavn.com
Baked Rose Custard: An Update of the Classic Caramel Custard
Serves 5

Method:
Preheat the oven to 300 degrees F (150 degrees C, gas mark 2).
Blend the milk, sugar and salt together.
Beat in the eggs and egg yolks.
Add the rose water and mix well.
Pour into an oven-proof dish and bake for 1 hour.
Remove from the oven and sprinkle the top with almonds.
Decorate with a few rose petals.

CommentsSource: Jennifer Brennan, Curries and Bugles:
A Cookbook of the British Raj, 1990