Why This Mother is Stopping it With the Cleanses, Diets 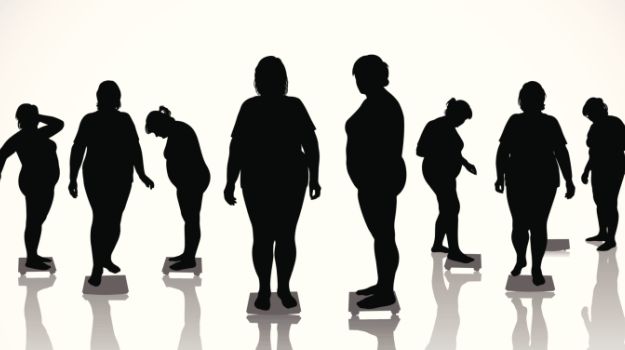 Each January, a slew of emails assault my inbox, offering diets and seven-day juice cleanses with the promise of a "New Year, New Me." The message is clear: The current "me" sucks. But if I lose 10 pounds, I can become a whole new "me"-- though dizzy, irritable and zero fun. I refuse to participate.

It wasn't always this way.

"You have an eating disorder," a dear friend said to me after we finished the 11th grade. We sat together on the beach in Sea Island, Georgia, the black sand oozing between our feet as we sipped ice-cold Pabst Blue Ribbons.

I grew up in the South, in suburban Atlanta, where a hyper focus on appearance was the norm. It was the early 80's-well before the organic, slow food movement. My mom offered bologna sandwiches on Wonder bread, served with electric-orange Doritos, an Oreo chaser and the ever-present burnt scent of her hair permanent. An affectionate Southern woman who called me "Jackie Beans" and covered my brother and me with kisses, she thought nothing of it. Food was food.

She died suddenly from a brain aneurysm in her sleep, one week after her 43rd birthday. I was 9 years old.

Over the years, reeling from her death, I became a broken turntable - the vinyl spinning wildly, the needle scratching dents into the record's grooves, the music distorted and warbled. Food became something I could control, creating a consistent and safe speed - a steady beat in the soundtrack of my life. But the lyrics were harsh and militaristic, "No flaws allowed."

But I could only project my illusion of perfection so far. I channeled every drop of effort I had into my school work and physical form, but let everything else fall to pieces. Piles of clothes cluttered my bedroom floor, my navy Honda Accord swelled with discarded Diet Coke cans and empty frozen yogurt cups. Like a woman posting a perfect photo of her adorable children on Instagram while the family dog defecates on the grimy kitchen floor behind her.

In my early 20s, I moved to San Francisco and began practicing yoga. As my body lay still, my thoughts slowed. I finally started to hear the voice inside my head. And I was horrified at what it said: "Why are you such a fat ass?" It wasn't true. But my toxic, inner critic tricked me into accepting it as fact. That voice was abusive and loud, and I listened.

As my twenties progressed, I began to see-to believe, even-an important truth: I am not my body. My body is an instrument that allows me to do great things in this life: to take care of my children, to be a loving friend, sister, daughter, and wife. In time, my body will decay and ultimately, it will die and dissolve into the ground. But what is inside - the true essence of who I am - will never change.

Now I'm a mother of two kids, a first-grade son and a second-grade daughter. Recently, The Body Positive, a Berkeley-based nonprofit that teaches people to overcome body conflict, visited their school in Marin County. I signed up for a "Parenting in an Image-Obsessed World" workshop. But I didn't expect that body image was a serious issue for tattered-blanket-toting 7 and 8-year-olds. Hospitalizations are on the rise for children under the age of 12 with eating disorders, I learned.

In fact, body dissatisfaction and eating problems are increasing in every single sector of the population; this is not just a teenage, upper-and-middle-class, or even just a female problem. Even worse, the diet industry - practically nonexistent 25 years ago - is now funded by over 40 billion dollars. The consequences are dire: anorexia nervosa has the highest mortality rate of any psychiatric disorder.

We live in a culture that obsesses about food: what's in it, what's not in it and where it's from. Kids see adults around them cutting out carbohydrates or inhaling kale juice, tinctures, and teas to lose weight. The messages are confusing: Love your body, but watch what you eat! Eat organic. No GMO's. No gluten. Not too much salt or sugar. But do love your body just the way it is!

Kids are learning that self-deprivation is okay if it means fitting into skinny jeans or a smaller bikini. Instead, we should be teaching them that body shapes and sizes come from our ancestors. As parents, we should demand healthy body image curriculum in schools and firmly challenge the notion that being skinny means being healthy.

My two kids are a mirror that keeps my perfectionist tendencies in check. When I see my reflection in their eyes, I know that I have an important job to do. I remember to silence my inner critic, "Shut up! I am not listening!" Just like I want them to block out theirs.

"What messages are you getting about your body?" I ask my daughter one day after school. She sits in the back of my car and smacks her hot pink Converse sneakers together, dust falling. "You have to be skinny!" she said. "And you should lose 10 pounds." She's 8 years old.

Just like I taught them to tie their shoes and ride a bike, I must show my kids how to appreciate the human body for what it is: an incredibly wise tool. A container for the soul that in no way defines who they are, as our perfect-image-projecting culture so mistakenly communicates.

Tonight I curl up with my daughter Marina and my son Taylor as we read their nightly story. Before bed, I tell them it's important to acknowledge the things that served you that day.

"Thank you for this body," I say. "I promise to take good care of it." Maybe I'm saying it to a god or the Universe or our beloved-but-mostly-deaf geriatric English Setter perched beneath us.

"Mom! Stop!" Marina wails. "You are so annoying!" Her nose crinkles when she gets upset.

I rub the lines on her nose and laugh. She's right, I think. I sound like a preachy PBS After School Special.

But it took me a long time to find this voice. And she's stuck with it.