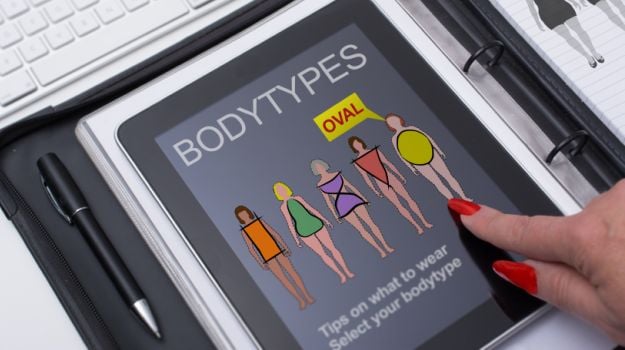 Highlights
Women have always been subjected to 'male gaze'. The patriarchal culture dominant in most countries for centuries not only had a say in their respective polity, but also if women should get education, have the right to vote or the autonomy to write. It doesn't just stop at that as what followed was a well thought-out strategy to formulate the way their women dressed and behaved. I can't help but go back to the Victorian Era where a woman's appearance was designed - by the male counterpart - and unconsciously internalized by all women.

A Victorian woman was supposed to be fair with a tiny waist, educated only to add to her merits and not to become equal with a man. So, she learnt a bit of French, music, art and was refused to pen down her deep thoughts. Most of this would aptly explain why some of the most celebrated women novelists wrote under a pseudonym including the Bronte sisters and Louisa May Alcott.

Every culture defines the way their woman should look without scrutinizing the appearance of men. As corsets and bustiers were invented to make the European women look thinner and petite, young Chinese girls were accustomed to wearing specially designed shoes to get abnormally smaller feet - which the native society deemed 'beautiful'.

According to an essay published by Addeane S. Caelleigh, University of Virginia School of Medicine, "The important place of the corset as a health risk is highlighted in the title of the book An Examination of Five Plagues: Corsets, Tobacco, Gambling, Strong Drink and Illegal Speculation, published in 1857 by Charles Dubois. As the health campaign gathered force, innumerable ills were attributed to the corset (tuberculosis, liver disease, even cancer), but some physicians got to the heart of the problem by emphasizing the extent to which a corset prevented proper muscle development and vigorous exercise."

The Chinese practice of binding feet and wearing 'lotus shoes' faced much criticism as it lead to severe feet and bone injuries in females. "It is extremely painful to bind, and at first it makes you sick ... changing the color of your skin all over your body, even on your face. You don't feel like eating for quite some time and you are unable to walk at all - I had to wait at least a year before my toes were broken under and the arch was pushed up at least two inches," excerpts from 'When I was a girl in China', stories collected by Joseph Rupp, published in an online journal of University of Virginia.

These might only be a couple of examples of female body shaping practices across the globe. Though over the years these and many similar practices have died down, they have paved the way for a much stronger and deeply internalized ritual of body shaping. The 21st century sees no body shaping apparatuses in use but now a larger body governs the minds of millions of women. The glitzy world of showbiz and fashion now institutes the idea of an 'ideal body type'. Today, a band of ramp-walking, silver screen women stand high as the epitome of physical perfection against many others who fail to be their doppelgangers.

In her essay 'The Thin Ideal, Depression and Eating Disorders in Women,' Mandy McCarthy, Department of Psychology, University of Pennsylvania, explains how an average woman internalizes this 'ideal body type' to an extent that she resorts to self-harming practices including falling prey to eating disorders. "Women, having a very finely tuned idea about what is an acceptable body, rapidly internalize the current standard of female beauty. In western cultures women, especially those in the higher socioeconomic classes, try to emulate the standard of beauty presented in the fashion media. This standard, which has become increasingly thin recently, I will call the 'thin ideal'," she notes.

Corsets and bustiers for that hourglass figure

Mandy's paper proposes that the "cultural ideal of thinness for women, which is well below the average weight of women in that culture, directly causes body dissatisfaction at a higher rate among women than men" which in turn leads to depression. Though McCarthy's paper studies western communities, the rising incident of eating disorders in women and dissatisfaction with their bodies culminating into depression is fairly common in Eastern countries as well.

"A negative view of one's body, coupled with the view that a thin body is crucial to one's present and future is a recipe for depression," notes McCarthy.

In her essay, McCarthy also stresses on the role of dieting as a tool to achieve weight loss which often leads to malpractices and eating disorders. It causes more damage than good. No wonder there are more dieting articles written for women than for men. Most women have a completely faulty goal set in their mind - weight loss rather than fitness. Crash diets are of little help as they slow down the metabolism and once the person is off dieting, the weight comes back again. "Their self-esteem drops when they fail on their diets or regain lost weight. These women will be at risk of depression via helplessness. Further, many depressed view their own bodies negatively and often turn to food to assuage their depression. This may create a cycle of body dissatisfaction, dieting, depression ad infinitum." stresses McCarthy.

According to Dr. Samir Parikh, Psychiatrist and Director, Department of Mental Health, Fortis Healthcare, "Eating disorders are one of the most common psychiatric problems faced by females. However, these disorders are mostly under-reported, and hence adequate and timely help is not always able to reach those who need it. A major hindrance to the timely treatment of the condition is also the lack of awareness. There is a strong relationship of eating disorders with depression, anxiety, poor self-esteem, substance use, anger, loneliness, inadequacy and other mental conditions."

Many female dieters then resort to forced starvation or crash diets that may lead to anorexia nervosa. Those who "assuage" their condition through food later on feel guilty and force-vomit their meals, and this takes the form of bulimia. The National Eating Disorders Association (NEDA), United States defines anorexia as a "serious, potentially life-threatening eating disorder characterized by self-starvation and excessive weight loss." On the other hand, bulimia nervosa is described as a "potentially life-threatening eating disorder" wherein a person binge eats and makes effort not to gain weight by purging or self-induced vomiting. Others may also use laxatives, enemas or diuretics.

What needs to be kept in mind is that both the disorders are the outcome of body image dissatisfaction which makes one depressive to an extent to take up such extreme measures. "Depression in women may set the scene for the onset of eating disorders. The unrealistically thin ideal may make it more likely that a small minority of depressed women will develop an eating disorder as a result of and in an attempt to combat, their depression," explains McCarthy.

Dr. Roshni Sondhi, Psychologist, Department of Mental Health, Fortis Healthcare explains eating disorders to be much more than just "unhealthy eating habits" as there are biological mechanisms involved as well. "Psychological factors like maladaptive attitudes or beliefs about eating, or body shape, identity conflicts, or overvaluation of appearance are also etiologically associated with eating disorders. Furthermore, socialization plays a significant role in the exacerbation and maintenance of eating disorders," she noted.

"Eating disorders require adequate medical and psychological interventions, especially considering the high mortality rates associated with them. Effective treatment must address both the physical as well as the psychological needs of the person, and hence the role of professional help is irreplaceable. Often, a combination of therapy, nutritional counseling and group support works best," shared Dr. Parikh.

The key is always to eat healthy and exercise regularly

So, "how can a culture change its body ideal?" asks McCarthy? Shifting the ideal to heavier models would certainly not solve the purpose as whatever the 'ideal body type' is projected to be, the majority will aspire to be that. It is hence imperative to depict the 'ideal' type as the one which would be able to "serve the physical and psychological health of women".

All in all, "if women considered beauty to come from good health, rather than emaciation, depression and eating disorder would take less of a toll," concluded McCarthy. And to ensure that this philosophy is implemented and exercised in our daily lives, we need to identify what's important for our health. We need to chase fitness, as once we become stronger and fitter it will automatically reflect in our bodies. The goal should be to complete that 5k run in a better time, lift heavier weights or hold that plank for a longer time. It's about time that the importance of good health and fitness against the facade of body shaming is introduced among the youth so that they are well equipped and armed to execute that in their lives ahead.