10 Most Commonly Mispronounced Food Dishes Across the World 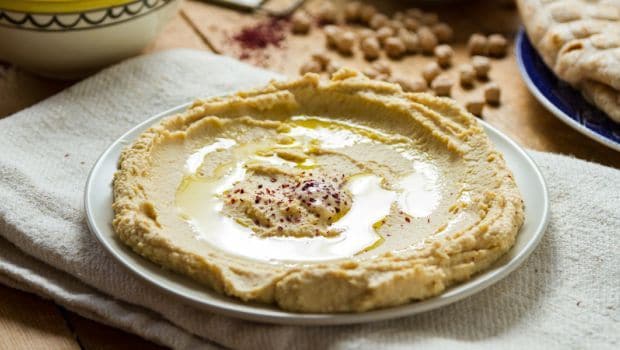 Highlights
While most of us would rather concentrate on savouring the flavours of a dish than worrying about its etymology or pronunciation, it is not always a good thing. Good knowledge never goes to waste, besides imagine all the embarrassment you can save yourself from if you rightly knew the names of the dishes you were eating and how to pronounce them like a pro. With so many varied world cuisines, there is no end to the gigantic list of dishes, growing more every other day. While we may pronounce the Indian dishes perfectly, some names from other cuisines get us confused. A point to remember is that not all dishes are exactly pronounced the way they are spelt. Well, it's time we learnt how to use the correct pronunciation for various food items we might have used incorrectly so far.

Hummus is a Levantine and Egyptian food dip. It is made from cooked, mashed chickpeas or other beans, and further blended with tahini, olive oil, lemon juice, salt and garlic. Today, it is popular throughout the Middle East (including Turkey), North Africa (including Morocco), and in Middle Eastern around the globe.

Pho is a Vietnamese noodle soup, and also the national dish of the country. It is commonly available, from top restaurants to street stalls. There is not just one recipe which is followed to make this very wholesome dish but several different styles in which it can be cooked.

Ceviche is a seafood dish popular in the regions of Latin America and Caribbean. The dish is cooked using fresh raw fish cured in citrus juices, such as lemon or lime, and spiced with chili peppers for added flavours. Additional seasonings such as chopped onions, salt, and cilantro may also be added. Ceviche is usually served with side dishes that complement its flavours, such as sweet potato, lettuce, corn, avocado or plantain.

It is a French dish where chicken is cooked with wine, lardons, mushrooms and garlic (optionally). Generally red burgundy wine is used in the making. It is a cock bird dish and some of the blood is also included which gives the dish its deep colour.

Gouda is a Dutch yellow cheese, which is made from cow's milk. It is one of the most popular forms of cheese in the world. It accounts for 50-60% of the total cheese consumption globally. It is rich with unique flavour and texture. It is generally made from cow's pasteurized milk, but some people make it from sheep or goat's milk as well.

Bruschetta is an Italian anti-pasto dish. It consists of grilled bread with garlic and topped with olive oil and salt. Toppings of tomato, vegetables, beans, cured meat, or cheese may also be included. It is generally served as a snack or an appetiser.

Paella is a Spanish dish containing saffron flavoured rice. It is combined with a variety of meats as well as vegetables like garlic, onions, peas, etc. It was initially considered as a labourer's meal cooked over open fire in the fields. Today, there are a number of recipes of this dish.

It is a Spanish dessert, which means three milk, because the sponge cake is immersed in three kinds of milk (evaporated, condensed, heavy cream). It is very popular in birthday parties as well as in special get-together.

Gyro is a Greek dish made of meat, traditionally pork or chicken, along with a mix of spices that generally include salt, hot and sweet paprika, white and black pepper, dried parsley, oregano, garlic powder.

Poutine is a Canadian dish made with French fries and cheese curds. It is typically found across Canada and some places in the northern United States. National and International chains such as KFC, Wendy's, McDonald's, Burger King and various other brands sell poutine in Canada.