Bakra Eid 2018: 6 Types Of Iftar Delicacies Around The World

The lanes around Jama Masjid in Delhi are packed each evening, with people breaking their daily fasts with delicious iftar delicacies like biryani, seekh kebabs and the sinfully-rich shahi tukda. No matter where in India you go, Eid food is superlative. 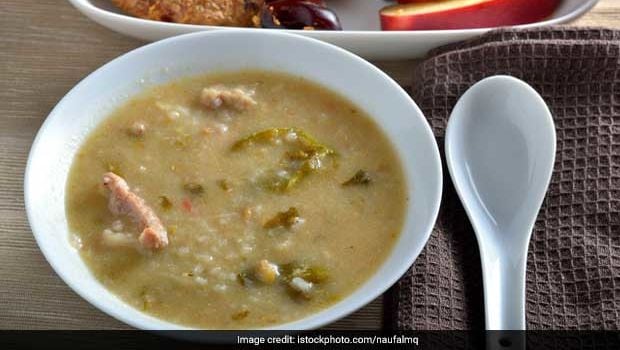 The delightful cuisine of the Islamic world comes to life during Eid festivities and the long Ramzan fasts that precede them. In Hyderabad, Pista House is absolutely packed with locals every evening for the iftar meal, as it churns out bowls and bowls of creamy, wholesome haleem. In Mumbai, Muhammad Ali Road brims with life as shops offer melting- soft kebabs, nalli nihari, unctuous paya, pancake like sugary malpuas, mawa jalebis, and the odd Ramzan specialty - steamed cakes of sandal. The lanes around Jama Masjid in Delhi are packed each evening, with people breaking their daily fasts with delicious iftar delicacies like biryani, seekh kebabs and the sinfully-rich shahi tukda. No matter where in India you go, Eid food is superlative.

But, we went one step further; we scoured the world to find some of its most unique and iconic iftar dishes. In the UAE, for instance, camel hump is a prized delicacy; in Morocco, pigeon was stewed into a pie; while in Iran, ice-cream is made with the help of salep (made from wild orchids). But, there are many dishes that are far less unusual than these. Depending on where we went, we found that iftar tables can be spread with everything, from sesame seed bread and pulao to the wheat-based meat porridge (hariss) and savoury bean puddings.

Maklubeh is a sort of hearty pulao, made from tender lamb's neck, fried aubergine and rice that is cooked in a pot and then turned upside down on the plate at the time of its serving. The word maklubeh (or makloubeh) literally means 'upside down', and comes from northern Palestine like Safed and Galilee. A painstaking dish, one that requires hours of toil over the fire, it is usually reserved for special occasions such as during wedding or Eid festivities. It's usually made in large quantities to accommodate family members and friends- after all, one of Prophet Mohammed's believed that the highest status was given to one who treated their guests well.

Tharid is said to be Prophet Muhammed's favourite dish, so it is no wonder that it is considered across Arab nations as a Ramzan essential. In Bahrain, for instance, although other dishes may change, tharid is served at almost every iftar meal! To make tharid, you first need to make regag, which is a paper-fine crisp bread. This is then torn into pieces and spread on a dish as the bedrock of tharid. Above it is ladled a meat stock, then a meat stew called 'talbina' is piled atop (the stew allows the bread to soften, which is said to make it easier to digest). Finally, all of it is eaten together by hand.

Just like Tharid, hariss (also known as h'riss or harissa, depending on where in the world you go) is also a dish that is served every day at the iftar meal. It is a simple yet nourishing porridge, made with wheat, spices and meat (usually lamb) that's cooked and cooked, until it is meltingly-soft and tender. It is a dish made in large quantities, meant to be shared with family and friends.

The unusual thing about harissa is that it is not just a Muslim dish served only for iftar. According to the famous food historian and cookbook author, Claudia Roden, it was even eaten by medieval Andalusian Jews and Yemeni Jews (to this day), as well as Christians in Syria and Lebanon!

Moi moi was born in Nigeria from a mixture of steamed beans that have been pureed with spices and then steamed into a fluffy pudding-like hunk, and eaten with fermented cornmeal pudding (ogi). It's a simple dish that can be togged up with the addition of prawns, beef, eggs and such, and has a rather distinctive orange colour from the added spices. Moi moi is an extremely popular iftar dish because beans are a staple crop in northern Nigeria.

Mkate wa ufuta is a simple sesame and coconut milk naan like bread -traditional to Zanzibar (and even Kenya and other countries of east Africa) - that marries perfectly with samaki wa kupaka (a grilled fish bathed in a coconut gravy). Its dense texture fills you up fast, and makes it the perfect dish to usher in the end of the day-long fasting.

An Eid special in Syria, these shortbread cookies are made with nuts and dates, and are offered to guests visiting at the time of the iftar meal. These are not just regular cookies though, they are made with special wooden or plastic moulds called tabe that slap a distinct pattern onto the dough. The moulds are often passed on from one generation to the next. They're a fixture during Ramzan, whether they're used to offer guests or snack on during nights of prayer.