A Rum Tale About the Navys Favoured Drink | Empire of Drinks 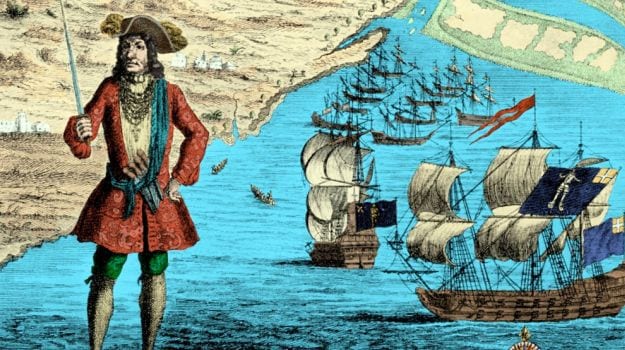 Grog was a drink given to sailors made of rum, lemon juice and water. The citrus helped prevent the water from spoiling and provided vitamin C to help prevent scurvy. Photograph: Culture Club/Getty Images

Why booze is grog, where rum gets its name, and lots to do with a drunken sailor.

When I worked at an off-licence in Headingley a man would come in every day and buy two cans of Guinness and a half bottle of Captain Morgan rum. He would then sit on a bench opposite and drink. Captain Morgan, as we called him, was what’s euphemistically known as a “street drinker”. He was always unfailingly polite and, despite the amount he drank, never seemed drunk. Indeed, when his companions caused a scene, he would look askance at their behaviour. He was a favourite customer, not least for the outlandish stories he told about being in naval prison. With his weatherbeaten skin, haphazard teeth and penchant for rum, it wasn’t difficult to imagine him in the Royal Navy – though Nelson’s navy rather than the modern service.

Rum is synonymous with the Royal Navy. Sailors were given a daily tot of rum from 1655 until the ration was abolished, as recently as 1970. Originally it was given to sailors neat when the beer ran out (water was not safe to drink as it became rancid very quickly at sea and it was often taken from polluted rivers, such as the Thames). In 1740, Admiral Edward Vernon introduced a mixture of one part rum to four parts water, flavoured with lemon juice and brown sugar. The lemon would have provided some much-needed vitamin C to stave off scurvy. He was known as Old Grog because of the cloak he wore – made of the waterproof fabric grogram, hence this proto-mojito creation was known as grog.

Grog was designed to combat drunkenness, but many sailors simply saved up their tots and went on a spree. One sailor, George King of the Melpomene, wrote of one binge of 1809: “The morning following I was completely stupid with the grog.” We still use the word “groggy” to mean a state of befuddlement.

The word rum is a contraction of “rumbullion”, meaning a fight or a disturbance. Another word for it was “kill-devil.” Rum is the by-product of sugar-cane plantations, which were worked by slave labour, so its evil reputation is thoroughly appropriate. Early rums would have been rough, but from the 18th century they became more refined.

I’ve been drinking Pusser’s rum recently, which is a luxurious blend of rums from around the Caribbean. It’s apparently an exact copy of the rum made to Admiralty specifications, though I can’t quite believe that all sailors were issued with rum this good. I had imagined that most drank something closer to Captain Morgan.

One day, one of the street drinkers in Headingley came into the shop and told us that Rodney had died. That was the first time we had heard his real name. They carried on drinking on the bench outside the shop, but looked a little lost without their leader. In the shop we toasted his memory with a rum.

Henry Jeffreys is a drinks writer based in London. His first book, Empire of Booze, will be published by Unbound in 2016. Twitter: @henrygjeffreys