Actor Anil Kapoor is celebrating his 62nd birthday today. He cut not one, two but three delicious chocolate cakes for the special occasion. 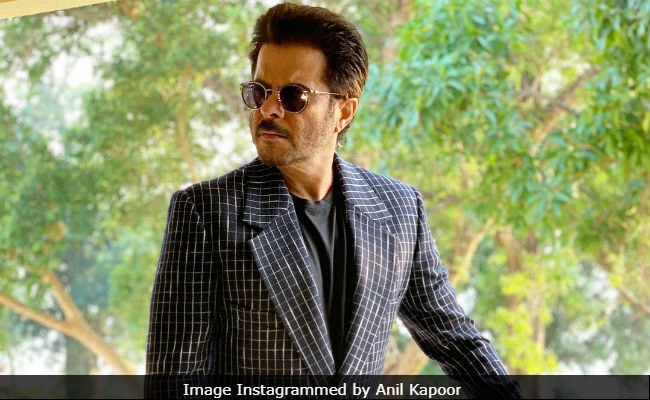 Actor Anil Kapoor is celebrating his 62nd birthday today. The actor rang in the celebrations at his Mumbai residence with wife Sunita Kapoor, son Harshwardhan Kapoor and daughter Rhea Kapoor. Rhea Kapoor also took to Instagram to give her fans a quick sneak peek into the midnight celebrations. Anil, who had two major releases like Fanney Khan and Race 3 this year, can be seen in his usual pumped self, enjoying every bit of the love showered upon him by his family. Anil Kapoor is also seen cutting not one, two but three delicious chocolate cakes for the special occasion (We are not jealous, you are!) Actor Sonam Kapoor also makes a special appearance in the celebrations through a video call. In fact, one of our favourite parts of the video is Anil Kapoor taking a piece of cake towards his darling daughter who had to miss out on the celebrations due to professional commitments.

Anil has mentioned in his earlier interviews that his wife Sunita Kapoor keeps a close eye on what he is eating and tries to keep it as clean and healthy as possible. But we are guessing occasions like these make for a sweet exception. The cakes here are all in chocolate but with different texture and a range of toppings. One is creamy with a pretty chocolate macaroon sitting on top, while the other has a nice bed of fresh strawberries. The third cake is spongy and moist with no added toppings.

Harshwardhan Kapoor with his father

Both his roles in Race 3 and Fanney Khan were well received by the critics and audience alike, even though the films did not meet the expectations at box office. The Anil Kapoor Productions' 'Veere Di Wedding' was a blockbuster. In 2019, Anil Kapoor would be seen in 'Ek Ladki Ko Dekha Toh Aisa Laga', where-in he would be sharing screen space with daughter Sonam Kapoor for the first time. He would also be seen in Bindra, with son Harshwardhan Kapoor. Bindra is an autobiography on Olympic gold medallist Abhinav Bindra to be directed by Kannan Iyer.

Here's wishing Anil Kapoor a very happy birthday! May you have a fantastic year ahead!