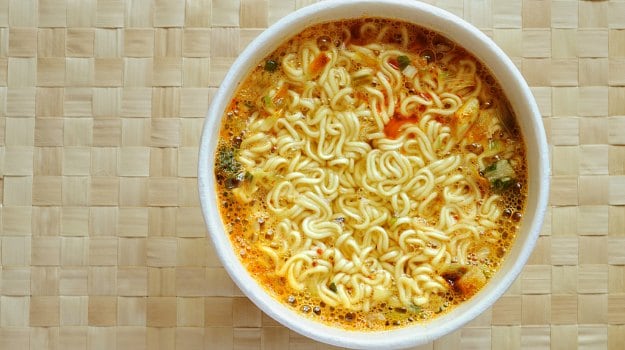 The apex consumer court has announced that it will hear Nestle's arguments on fresh tests conducted on its popular Maggi noodles on October 8, and take up the larger class action suit filed against the Swiss giant by the end of next month. The decision was taken after after an initial hearing of arguments regarding the class action suit filed by the central government against Nestle India for alleged unfair trade practices.

Appearing for the Ministry of Consumer Affairs, Additional Solicitor General Sanjay Jain sought more time from the commission to present the fresh tests on the 27 sealed samples of different variants of Maggi collected from the market, to which Nestle had raised objections.

Jain, along with counsels Mrinalini Sen Gupta and Prabhsahay Kaur, also placed the samples of different variants they wished to be tested before the court. But the Nestle counsel wanted to know from where they had been, since the product was withdrawn from the market on June 5.

A bench of the National Consumer Disputes Redressal Commission, comprising Justice V.K. Jain and Justice B.C. Gupta, said the court will meet again on October 8 to hear the arguments of Nestle India over the fresh tests.

The commission also questioned why Nestle India should have a problem with the testing of their own products, and said, "The government wasn't producing the product". The government's counsel had also filed an application to allow the Food Safety and Standards Authority of India (FSSAI) as a party to assist the commission.

During the hearing Nestle India said the company has been singled out and questioned why its competitor brands weren't being tested. Responding to some test reports done by the government, which were missing from the application filed before the court and marked as "Not Applicable", Nestle's counsel said material supporting their company was being concealed and needed to be produced.