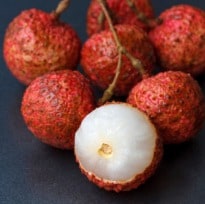 Litchi, the popular summer fruit has now been deemed dangerous as its consumption seems to be causing a fatal virus infection. Between June 3 and 7, at least seven children were reported dead in the Malda district of West Bengal.

The West Bengal government on Wednesday issued a warning and advised people not to consume unripe litchis. The Minister of State for Health, Chandrima Bhattacharya termed the incident "unfortunate" but claimed that there was no negligence on the part of the Malda Medical College and Hospital, where the deaths took place.

At the press conference, Bhattacharya said, "Most children were brought in a very acute condition and there were no shortcomings in the treatment provided to them. The deaths were caused by toxins present in unripe litchis and so far these toxins have not been found in ripe litchis. I appeal to people to not consume unripe litchis and keep them away especially from children."

The minister was quoted saying that teams from the health department and the Calcutta School of Tropical Medicine (CSTM) have visited the hospital and collected samples. The samples are being sent to Pune's National Institute of Virology to determine the causative organism whose 'exact identity' is still unknown.

According to doctors at Malda Medical College and Hospital (MMCH) in West Bengal, the children died due to swelling of the brain (encephalitis). They exhibited a sudden onset of fever, convulsions and died withing five to six hours of the appearance of the symptoms.Immediately after the minister's statement, Leader of Opposition Surjya Kanta Mishra, a doctor who was health minister during the LF rule, said, "Such a case was reported when we were in power but we soon learnt that it was caused due to pesticides applied on stalks of litchi trees.

"But now we are getting some new information. After the incidents were reported earlier this month, it was said some virus was responsible. Now, today we were told it is due to the presence of a toxin in unripe litchis. I appeal to the government to take expert opinion so we can ascertain the reason behind this tragedy," he added.

A similar incident has occurred in the Muzaffarpur District of Bihar where 44 people have died over a fortnight due to an acute encephalitis syndrome (AES).

A team member of the inspection team said that while local health workers are pointing towards the 'litchi syndrome' it is yet to be proved.

So far, the collected samples have tested negative for Japanese encephalitis (JE), chikungunya and dengue virus. Additional tests for other strains will be done at Pune, where the samples from Bengal have also been sent to establish a link between the deaths that have occurred in the two states.

Listen to the latest songs, only on JioSaavn.com
Rahman, an assistant professor at CSTM's Tropical Medicine unit said "We think it's a virus because it has spread in a small area. However, we can only confirm this once we get the final results in 7 to 10 days. Only then can we determine if litchi is the root cause of the problem."

In response to the large number of suspected encephalitis deaths in the country, Health Minister Harsh Vardhan has asked officials to target 100 percent immunization of children.