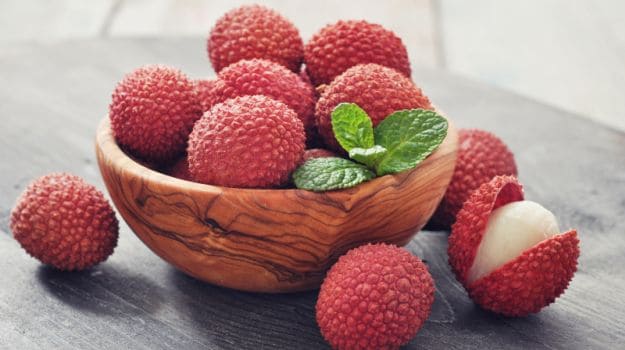 Highlights
Every year in June, a large parcel of the most delectable litchis from Bihar wends its way to Bihar Niwas in New Delhi and from there onwards to VIPs, such as the President, Vice-President, Prime Minister and Lok Sabha Speaker. These are the luscious Shahi Litchis that are grown mainly in the Muzaffarpur district, a custom that has been followed more or less every year from 1960. Bihar and West Bengal are some of the biggest litchi producing states in India. The litchi is a glorious fruit and comes to us just in time for summer, together with the king of fruit - mango, which perhaps explains why it has to play second fiddle all the time. Sad, because I find the taste of litchis ambrosial - soft, fleshy, juicy, sweet and very easy to eat.

Litchi – the Many Varieties

Originally, the litchi trundled in from China, where it is one of the country's most beloved fruits. We, in India, took it to our hearts and now produce dozens of varieties. According to FAO, the Food and Agriculture Organisation of the United Nations, there is the royal Shahi litchi from Muzaffarpur (the one that hobnobs with our ministers in Delhi); the popular aptly-named China varietal that ripens in end-May and June; the Punjabi Bedana that has barely any seeds; the bright pink Dehra Dun or Dehra Rose cultivar; the North Indian Gulabi that ripens at the end of June; the Longia with its sweet pulp; Bombai that is cultivated in West Bengal with a grayish-white pulp; the Kaselia or Khatti with its tart, tangy pulp; an unfortunately-named one called Piyazi, named for its onion-like taste; and the Kalkattia variety, which according to the National Horticulture Board's website is "the best of all the varieties grown in northern parts of India for table purpose. It can be successfully cultivated even in hotter areas provided there is protection from strong hot winds and provision for plenty of water for irrigation."

Health Benefits of the Litchi

The litchi may not be as glamorous as its fruity brethren, the mango, but it comes bundled with a fistful of nutrients - polyphenols (it has apparently the second highest concentration of polyphenols found in any fruit); potassium that maintains sodium levels and is said to help with blood pressure levels; and the vitamins C and B that purportedly have antioxidant properties and enhance immunity as well as help in producing red blood cells.

Who among us has not partaken of that quintessential dessert on the restaurant of a Chinese menu - a bowl of canned litchis that were sometimes served in an ooze of sugar syrup with a scoop of vanilla ice cream? And although they don't compare at all to the delicious taste of the fresh litchi, this was the only sweet that I ever ate as a child, at a Chinese restaurant. But one of the nicest litchi desserts I've made was the very easy litchi sorbet, a dish that screams summer to me. And then there’s the Prawn and Litchi Salad and Litchi Pork.

Here are the recipes –

Litchi pairs well with lemon, but you may substitute a piece of ginger here too - it is a marvellous combination as both the heat of the ginger and the bite of the lime gently cut the cool litchi's natural sweetness.You may if you like, add a dash of vodka, for an alcohol-laced sorbet. For the recipe, click here.

This one is an extremely easy salad, quick to put together and perfect for those days when you just can't be bothered. For the recipe, click here.

I think that the marriage of pig and poultry with litchi is one of the most serendipitous discoveries the internet has thrown at me. Here is a recipe inspired by cooking from the land of the litchi - China. For the recipe, click here.

Listen to the latest songs, only on JioSaavn.com
Meher Mirza is an independent writer and editor, with a focus on food and travel. Formerly with BBC Good Food India, she loves anime, animals and artsy things but also comics, technology and death metal.